2 Killed By Unknown Gunmen In Anambra 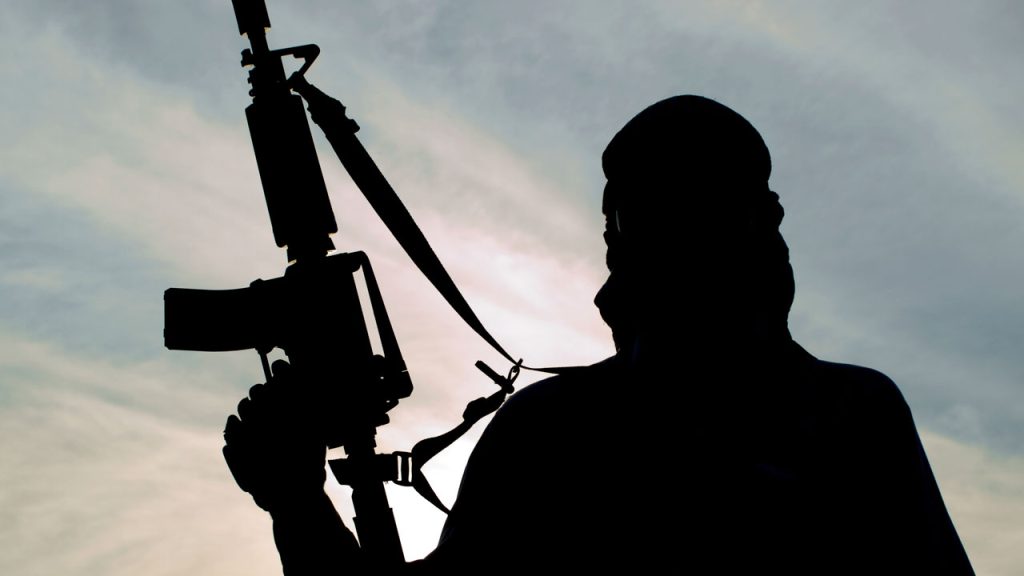 Some unidentified assailants have invaded the Mgbuka-Amanzu Road by Pillar Bread junction, on Obibuenyi Street, Okpoko, in the Ogbaru Local Government Area of Anambra State, killing two persons in the process.

The reason for the attack had yet to be ascertained, but it was gathered that the incident happened on Sunday.

An eyewitness, who identified herself as Mama Chinedu, said the gunmen, numbering about four and riding in a tricycle, double-crossed the unidentified man going to the church, shot and dispossessed him of his belongings and fled.

She said the assailants fired some shots into the air before leaving the scene in a commando-like manner, but unfortunately for them, the bullet hit one of them and he died instantly.

The gunmen were said to have quickly removed the corpse of their gang-member from the tricycle and dumped it by the roadside as they drove about 50 metres away from the scene.

It was gathered that police officers from the Okpoko Police Division came on Monday to remove the corpses from the road.

The source said, “The gunmen double-crossed the young man, who was going to the church with their tricycle, shot him and dispossessed him of his belongings before firing some shots as they were leaving the scene.

“We don’t know if it is a case of robbery attack or assassins. But as the armed men were firing the shots, the bullet hit one of the gang members inside the tricycle and he died, as they moved about 50 meters away from the scene, they dropped the lifeless body of their member and finally zoomed off.

Our correspondent, who visited the scene on Monday, observed as members of the community, who did not go to their respective places of work because of sit-at-home, gathered and were discussing in groups.

Ikenga said, “On 22/01/2023 by 10:45pm, police operatives responding to a distress call along Obibuenyi Street, Okpoko, recovered the lifeless body of an unidentified young man, who allegedly is an armed robber.

“Information from one of the eyewitnesses revealed that the four-man gang robbers operating with a tricycle in an attempt to rob a victim of his personal belongings, mistakenly shot one of their gang members.

In another development, three lifeless bodies were also recovered on the Enugu-Onitsha road on Monday.

An eyewitness in the area said they were attacked by armed robbers as they were travelling to their various destinations late Sunday. Punch