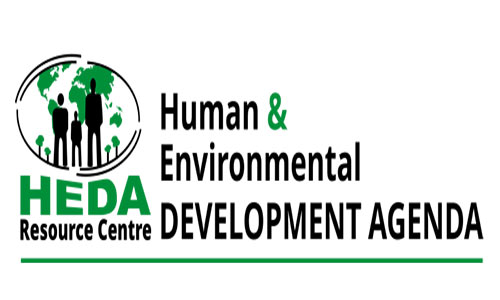 The Human and Environmental Development Agenda (HEDA Resource Centre), has sensitized relevant stakeholders and offered agenda-setting recommendations ahead of the forthcoming general elections.

The civil society group’s 27th Anti-Corruption Situation Room (ACSR) themed: “Towards Nigeria’s 2023 General Elections” held in Abuja sought to re-evaluate the situation and discuss those issues capable of affecting the sanctity of the forthcoming general elections.

Igini, who charged citizens with political participation, also urged the electorate to keep vigil over their votes during the 2023 general elections and ensure compliance with the electoral law.

On his part, Chairman, HEDA Resource Centre, Mr. Olanrewaju Suraju, said that the event was organized to brainstorm on ways of ensuring the integrity of the 2023 elections. He further noted that fixing Nigeria’s electoral challenges would address the country’s development problems.

Meanwhile, following the lead presentation, three panel discussions and extensive deliberations, some observations and recommendations were adopted as communique from the event for stakeholders to implement ahead of the forthcoming general elections.

Notable observations raised by the participants include the multi-stakeholders collective responsibility rated inadequate, as their contributions make or mar the electoral process; withholding of voters’ cards by political candidates and agents; vote trading and poverty in the country; corruption among others.

Part of the recommendations adopted at the anti-corruption event reads in part, “The media, beyond being the watchdog, should step up their game in scrutinizing political candidates and call for citizens’ full participation in the forthcoming general elections. They should be professional and factual in reporting to hold corrupt politicians accountable.

“Relevant stakeholders should monitor the judicial system in ensuring that they abide by the rule of law and are not being used by politicians to undermine the electoral process. Security personnel through relevant security agencies should be educated and trained on electoral duties and made to understand the gravity of their actions should they be compromised in the discharge of their duties.

“Civil Society Organizations should continually engage and create awareness of the 2022 electoral act to the citizens, political parties, candidates and security agencies. The Law Enforcement Agencies should gear up to enforce the laws on campaign finances as enshrined.”

Participants also called for strategic partnership with CSO, Law enforcement agencies and the media to stem the tide of electoral corruption practices. They further enjoined stakeholders on Nigerians involvement in political participation and engagement for a better Nigeria.

“Participation of the electorates should be made a priority and the security of the voters before, during and after election should be prioritized by the federal and state government in collaboration with relevant security agencies.