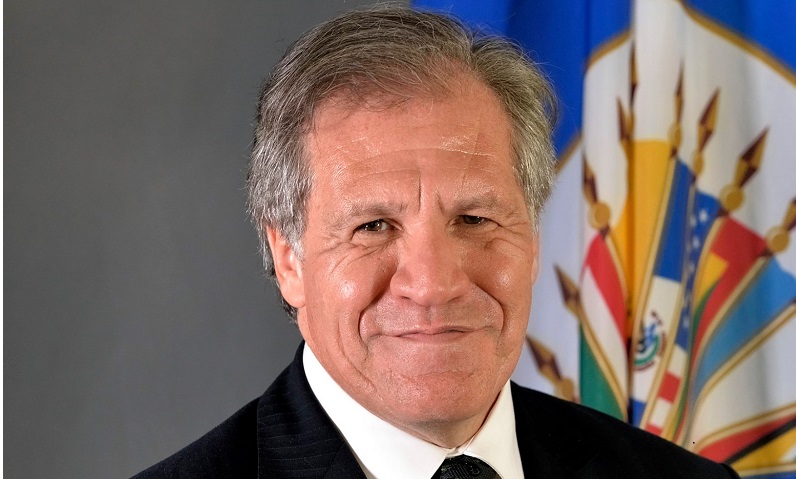 The Organization of American States (OAS), comprising of 35 countries has designated Hamas as a terrorist organization.

The OAS is the world’s oldest regional body with 35 Southern and Northern American countries as members, including Brazil, Argentina, Haiti and the United States.

The organization noted that Hamas (a militant group in Palestine) is a terror to Israelis, Palestinians and the region.

It accused Hamas of deliberately using civilians as shields in the fight against Israel.

“The recent attacks launched by Hamas against the Israeli civilian population undoubtedly constitute attacks of a terrorist nature. Their violence and the objectives they pursue clearly have this characteristic.

“Hamas’s terrorist aggression is unlimited and always seeks civilian victims, seeks to escalate conflict dynamics and armed actions, as well as sowing terror among innocent populations, be they Israeli or Palestinian.

“The immoral and unworthy use of children and women as human shields, as well as the militarization of residential areas, constitute in themselves acts that deserve the most absolute repudiation and condemnation,” OAS observed in a statement on Monday.

It also exonerated Israel from war crimes allegations levelled against it in some quarters, adding that it was the duty of a government to defend its citizens from external attacks such as the one carried out by Hamas.

“The initiation of attacks of this nature against a country with a clear terrorist objective of its civilian population makes the invocation of the principle of legitimate defense by Israel essential.

“The Hamas attacks constitute an attack against the peace and security of Israel and the region and make it imperative to categorize Hamas as a terrorist organization for the General Secretariat of the Organization of American States (OAS),” it stated.

The statement by OAS came after the Organization of Islamic Conference (OIC) met on Sunday and out rightly condemned Israel and held that the country was responsible for the escalation of tension in the region, and supported Palestine’s supposed ownership of Jerusalem.

It said it, “Condemns in the strongest terms the barbaric attacks launched by Israel, the occupying authority, against the Palestinian people and their land and holy sites; demands complete and immediate stop of these attacks that have affected innocent civilians and their properties, in gross violation of international law and United Nations resolutions on the question of Palestine; and warns that the continuation of and incitement to these attacks and provocations, the threat on the lives of innocent civilians, causing severe suffering to them increase the risks of instability, with serious implications for security in and outside of the region…”

The escalation between Israel Defense Force (IDF) and Hamas had led to the death of over 120 persons, including about 40 children.

It started last Monday when Palestinians clashed with Israel’s police operatives at the Al-asqa Mosque situated at the Temple Mount in Jerusalem.