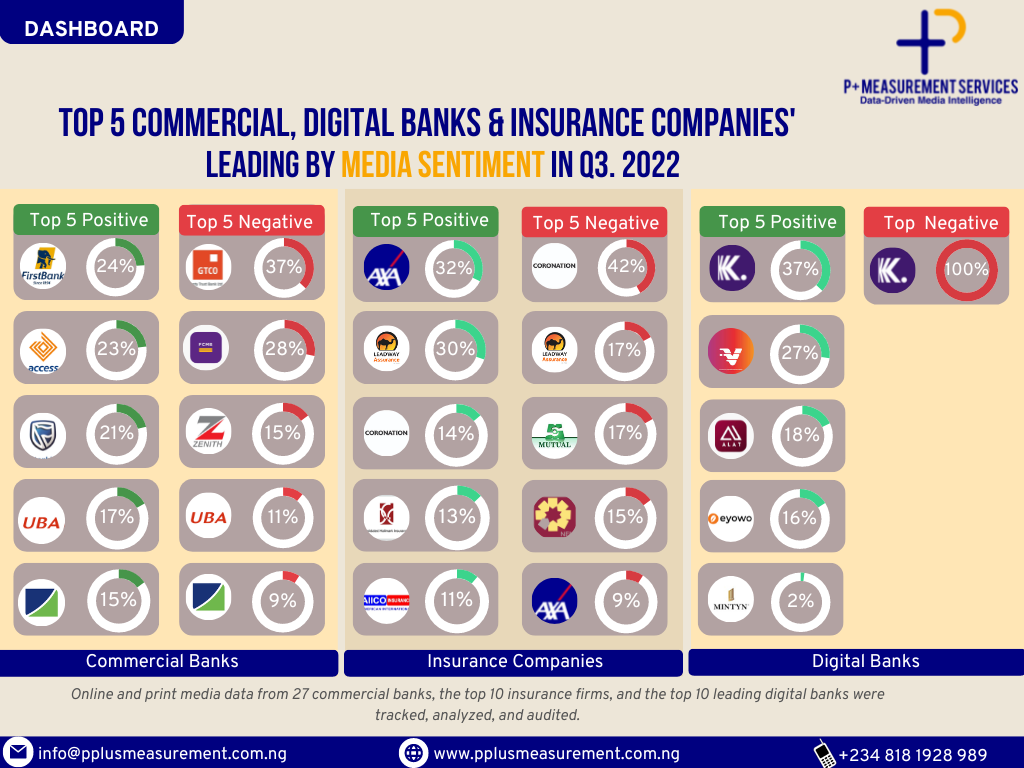 The report conducted by P+ Measurement Services showed that Leadway Assurance came behind with 30 percent while Coronation Insurance with 14 percent and Consolidated Hallmark Insurance with 13 percent.

The insurance industry saw AXA Mansard emerge as the most innovative insurer of the year to solidify its position on the favorable reputation, Leadway Assurance signs a Memorandum of Understanding with FedCooP to cover 300,000 civil servants under its flagship, and Coronation Insurance declares that its premium income rose by 32.90% as its combined ratio also improved.

Some Insurance companies and others paid the sum of N78.6m to the NGX Regulation Limited as a penalty for default filing of financials, Leadway Assurance Company’s customer accused the brand of fraud over multi-million naira claims on damaged vehicle, and also Mutual Benefits Assurance declared that its loss rose to N5.425 billion in its 2021 financial result.