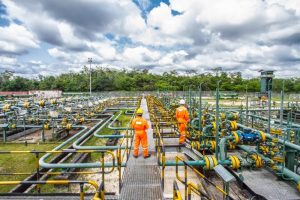 Communities within the OML34, Delta State, being operated by ND-Western E&P Company and NNPC E&P Limited, may have to shutdown their operations over their alleged continued failure and refusal to fulfill the mandatory obligations to the aggrieved host communities.

The notice for peaceful protest and shut down of operations was contained in a letter to the Managing Director of NNPC E&P Limited and Chief Operating Officer of ND-Western dated November 1, 2022.

According to them, “We are demanding payment of outstanding penalty fines due the 28 host communities from the expired GMoU of January 1, 2016, to December 31, 2019. Also, the payment of penalty fine of N6,250,000 representing five percent of the Project Fund for the belated payment of the second tranche of 2022, recently paid in the fourth week of October 2022, after three months of grace from January 1 to September 30, 2022, as provided for in the relevant GMoU documents.

“We are demanding payment of the accumulated scholarship arrears spanning through a period of four years, alternatively, the company should provide proof of awardees duly paid and records of those outstanding.”