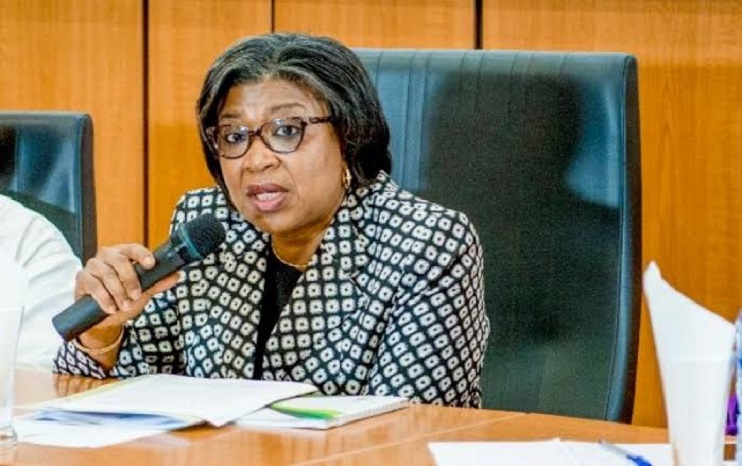 The Debt Management Office (DMO) has raised N615.557 billion through Sukuk for the rehabilitation and construction of new roads across the country in four years.

The Director-General of DMO, Ms Patience Oniha, made this known in her presentation titled: “Nigeria Public Debt – Some Considerations,” at the Capital Market Correspondents Association of Nigeria (CAMCAN) 2022 conference in Lagos.

She noted that N365.557 billion of which had been deployed for the construction of 1,881km of roads and six bridges.

She listed some of Sukuk funded projects as the reconstruction of Bida-Lambata road in Niger State, rehabilitation of Lagos-Ota-Abeokuta road in Lagos and Ogun states and rehabilitation of Enugu-Port Harcourt road section III Enugu-Lokpanta, in Enugu State.

Others are the rehabilitation and reconstruction of Enugu-Port Harcourt dual carriageway section II Umuahia-Aba in Abia State and rehabilitation of Kano-Katsina road Phase I, Kano State, among others.

A Sukuk is an Islamic financial certificate, that complies with Islamic religious law commonly known as Sharia.

It involves the means by which corporations or governments raise capital and the forms of investments that are made in accordance with Shariah.

She also said that a total of N25.69 billion had been raised through sovereign Green bonds from December 2017 to June 2019.

The director-general said that the funds had been deployed to seven selected projects in various sectors including renewable energy, agriculture, water, transport and afforestation.

As Nigeria grapples under a debt burden and cost of borrowing, the FMDQ Securities Exchange Limited says it is working towards the launch of Exchange Traded Derivative (ETD) products that will enable the government raise funds at a cheaper cost.

Afolabi said the exchange was also working towards ETD products referencing sovereign securities such as the Federal Government of Nigeria Bonds and Treasury Bills to aid hedging and risk management by investors in these securities.

“A useful benefit of these ETD products is that they could help spur investors’ interest in the underlying sovereign securities thereby possibly reducing the government’s cost of capital.

“The Nigerian debt market organised by FMDQ Exchange is fairly developed enough to facilitate the raising of debt capital by the government and corporate issuers.

These initiatives, he said, range from those targeted at spurring activity in the primary markets for money market debt securities such as Commercial Papers (CPs) and facilitating the issuance of short-term bonds.

Afolabi added that the company engage in secondary market initiatives such as market making, securities valuation, benchmark development and administration and expansion of the bouquet of debt securities and other financial instruments onboarded on the Exchange.

“FMDQ Exchange is at the forefront of regulatory advocacy and stakeholder engagements targeted at driving collective action by all relevant stakeholders towards deepening the Nigerian debt market.

“This is evidenced by its activities and collaboration with various financial market regulators such as the Securities and  Exchange Commission, Central Bank of Nigeria, the Debt Management Office (DMO), and the National Pension Commission on various initiatives and programmes focused on developing the Nigerian debt markets.

Speaking on the success and acceptability of CPs in the country, Afolabi noted that CPs have become acceptable in the Nigerian financial market as evidenced by the milestones recorded by FMDQ Exchange in the Nigerian CP market.

The Securities and Exchange Commission (SEC) has reiterated its commitment to drive the debt market-enabling environment to boost investors’ participation.

The theme of the workshop was: Nigeria’s Public Debt and the Capital Market.

Yuguda who was represented by the Executive Commissioner, Operations, SEC, Mr Dayo Obisan, said the apex capital market regulating body is engaging the Minister of Budget and Finance, Mrs Zainab Ahmed, to create a level-playing field for debt market.

“By nature, the debt instrument is low risk,” he said.

Yuguda said that the commission would continue to fulfil its mandate of protecting investors and creating an enabling environment for market operators.

Robinson-Ayanwale said the debt capital market is dear to the Exchange.

She acknowledged the support the Debt Management Office (DMO) has granted to the Exchange over the years.

“Exchange always visits the DMO for different proposals and they are always granted. We hope the joint collaboration and support will continue because it is very key to the debt capital market,” she added.

According to him, “We are all aware of what is happening in terms of revenue and growing debts level in the economy.”

Also speaking, the 1st Vice President, the Chartered Institute of Stockbrokers (CIS), Mr Oluropo Dada, who represented the President, Mr Oluwole Adeosun, noted that there was nothing wrong with government borrowing.

In his words, “If the government does not borrow again, how do I sustain my profession? We have issuers that secure these securities and trading platforms.

“Without trading platforms, we can’t have stockbrokers. So, there is nothing wrong in government borrowing. The issue all around the world is whether these debts are sustainable.

“If our debt-to-GDP is doing well, what about service ratio to revenue that is over 90 per cent? What happened to the GDP?

“We seem to be comparing ourselves to big economies and the market capitalisation of five companies in the US is larger than the entire GDP of Africa.

“Provide infrastructure, security among other things. If the government does not solve the issue of enabling the environment, it will be difficult to solve our problem of revenue and debt service.”