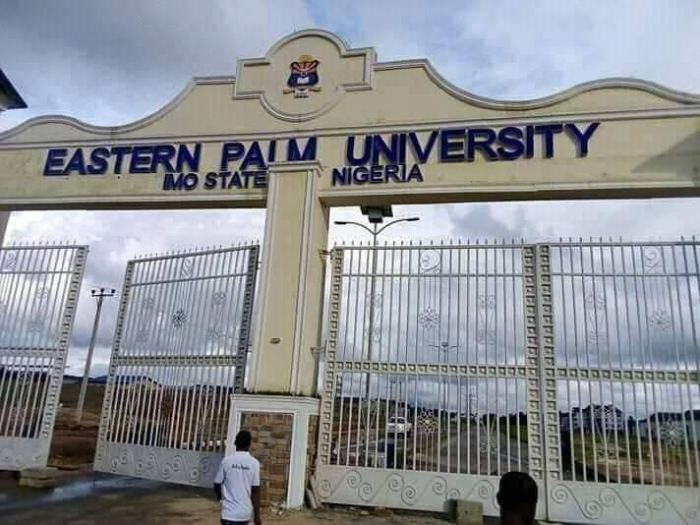 The Imo State Government has denied report that the Eastern Palm University) Ogboko, Ideato South LGA, was shut for the 2020/2021 academic session over an alleged feud between Governor Hope Uzodinma and Senator Rochas Okorocha.

The Government said the press statement announcing the closure was executed by unknown persons.

There were earlier reports that this closure was announced by the Vice-Chancellor; Prof Tola Badejo, who briefed journalists in Owerri, the state capital, on Wednesday, April 28.

Badejo had reportedly said that the decision was taken to safeguard the lives of the students and staff; as well as the property of the school.

He disclosed that the institution took the decision following the ownership crisis between Okorocha and the Imo state government.

“All staff, students, parents, guardians, stakeholders, and the general public are advised to disregard such illegal; unauthorised and unlawful press release and go about their normal and legitimate academic activities.

“There is no court order or judgement against the Imo State Government on the ownership of Kingsley Ozumba Mbadiwe University, Ogboko, Ideato South LGA

“For the avoidance of all doubts, let it be stated here that nobody, no matter how highly placed in the society can test the resolve of Imo State Government in providing quality, functional, accessible education, including but not limited to providing conducive teaching and learning environment, improve the academic standard and maintain an uninterrupted academic calendar for the purpose of graduating all students as at and when due. This resolve of the Imo State Government cannot be compromised,” the statement reads.