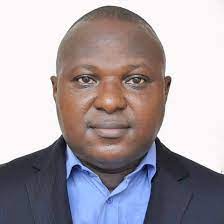 Experts have have listed ways to the varied migration challenges on the African continent as a means of creating more opportunities for the people.

The experts made the suggestions at a webinar marking the 2nd edition of the African Migration Summit organized by the Journalists International Forum For Migration (JIFORM), Nigeria and the Nekotech Center of Excellence, Ghana.

In his opening remark, Dr Ajibola Abayomi, President of the JIFORM said the essence of the summit with a theme: Climate Change, Migration and The Future of Africa was to provide a platform to continually interrogate and deepen migration policies aimed at human and economic development.

The guest lecturer, Associate Professor Fadhel Kaboub from Denison University, Ohio, USA, while delivering a presentation titled: “Are We Prepared For Mass Climate Migration? A Framework For Resilience and Justice” urged the continent to push for reparation to curtail the effects of imminent global climate migration.

The world bank projected that climate change would dislodge about 216 million people in six regions of the world within their countries by 2030 while more than 200 million would also face similar faith by 2050.

In 2050, 86 million people are to be affected in Sub-Saharan Africa,19 million from North Africa, 49 million from South Asia, 17 million in Latin America and 49 million within East Asia and Pacific.

He averred that without causing inflation Africa, as a continent in the Global South can manage climate migration by reducing her structural trade deficits to guarantee its food sovereignty, renewable energy, security, external debt control, industrial growth coupled with financial stability.

Calling for the reversal of the injustice on emission, he said the demand for reparations was inevitable from the Global North to fulfill the annual $100 billion promise to the Global South to mitigate the consequences.

“With 10 years to go, the climate crisis poses a threat of inequality, poverty and injustice. The current climate and job policies are too weak, slow, expensive, ineffective and dangerous.

“Africa must push for fundamental restructuring of the global economic architecture by ensuring a Global Green New Deal with climate and colonial reparations that is possible, desirable and affordable” he counseled.

She bemoaned the inhuman treatment of Africans in several parts of the world and admonished the African diplomats to work together to protect the people.

Dr Bosede Edwards from Rafles University and Arrow Education, Malaysia spoke on Trajectories of African Migrants In Southeast Asia: The Gains, The Drain and The Waste.

She noted that Africans were contributing to the social economic and educational advancement in Asia and called for harmonious diplomatic relationships to earn more respect for the black people.

“Annually, from Nigeria alone, about 13000 students pay over N20 billion tuition fee to the Asian institutions and there are lots of positive stories about them in that region. The occasional harassments of innocent Nigerians and other Africans need timely attention from the foreign mission.

“Migrants make up 3.4% of the global population, but contribute 9% of the GDP. African nations need to make the efforts of the African migrants worthwhile through: Improved remittance services (up to 7% of transfer is paid as transfer fees) removing high barriers to economic success through policy initiatives and functional, respected, African embassies” she said.

Abdur-Rahman Balogun, the Head of Media Unit of the Nigerians in Diaspora counseled Africans in other continents to be law abiding and stay away from trouble to enable foreign missions to defend them at all times.