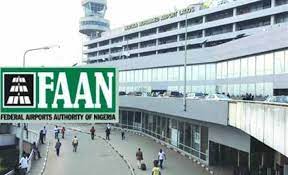 In line with the Federal Government’s thought of turning the Murtala Muhammed Airport in Lagos to aerotropolis, all buildings belonging to the Federal Airport Authority of Nigeria, FAAN, Nigerian Airspace Management Agency, NAMA and the Nigerian Civil Aviation Authority, NCAA would be demolished.

Aerotropolis is a metropolitan area developed in and well beyond the airport premises. It involves the development of an airport based city, with air travel at its core surrounded by commercial, educational, entertainment, healthcare and hospitality centers.

The Minister of Aviation, Sen. Hadi Sirika, speaking in Lagos on the initiative explained that the demolition was part of the Ministry of Aviation’s road map for the aviation industry and particularly for Lagos airport to become aerotropolis.

The aerotropolis concept came about as airports evolved as drivers of business location and urban development in the 21st century in the same way as highways did in the 20th century.

It encompasses aviation-dependent businesses and the commercial services that support them and the multitude of air travelers who pass through the airport annually.

However, the buildings which were formerly the headquarters of agencies before they were were relocated to Abuja had long been a subject of demolition as workers operating from the office will be relocated until the completion of offices, hotels, cinemas, spars and all other facilities that would turn the airport into a business city.