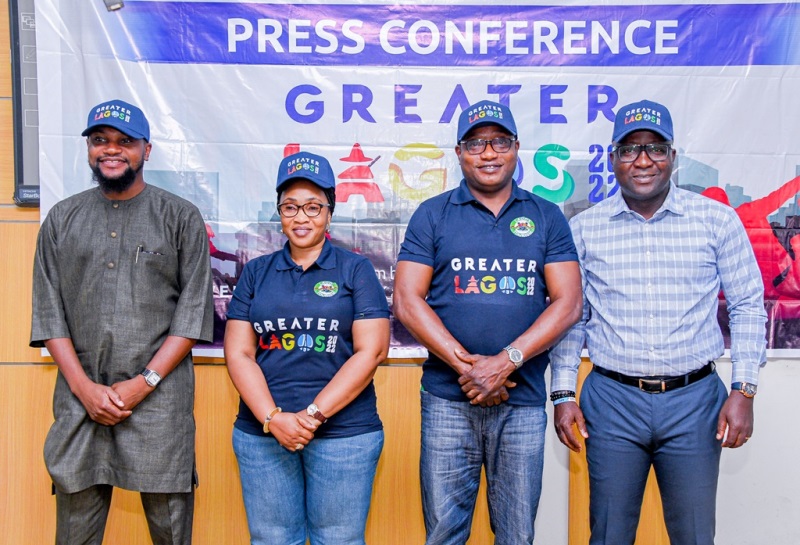 Lagos State Government on Monday said its annual end-of-the-year entertainment event tagged “Greater Lagos Fiesta” will hold next week in all the five divisions of the State.

Speaking to journalists at the Bagauda Kaltho Press Centre, Alausa, Ikeja, the Special Adviser to Governor Babajide Sanwo-Olu on Tourism, Arts and Culture, Mr Femi Martins, said the Greater Lagos Fiesta, aimed at engaging and entertaining Lagos residents as the year winds down, will be held from Thursday, December 29 into the wee hours of Sunday, January 1, 2023, to usher in the New Year.

He said the event where a lot of Grade A artists are expected to entertain Lagosians, was in continuation of Governor Sanwo-Olu administration’s passion to meet the yearning of the public and promote tourism, arts and culture through entertainment in line with the fifth pillar of the Greater Lagos developmental agenda, which is Entertainment and Tourism.

Martins, who was accompanied by the Commissioner for Tourism, Arts and Culture, Pharm. Uzamat Akinbile-Yusuf, the Chief Press Secretary to the Governor, Mr. Gboyega Akosile, and other state officials during the press conference, said the annual fiesta which started in 2012 but could not hold in 2020 and 2021 due to the COVID-19 restrictions, will take place simultaneously this year at designated centres in Ikorodu, Epe, Ikeja, Badagry and Lagos Island.

He said over 10,000 fun seekers are expected to throng each of the venues of the Greater Lagos Fiesta daily in Ikorodu Town Hall, Epe Recreation Center, Agege Stadium, Badagry Grammar School and Eko Atlantic City.

Martins said the Greater Lagos Fiesta will further open up economic opportunities for small and medium scale operators, adding that adequate security arrangements have been put in place for all attendees in all five divisions.

Martins, who assured all Lagos residents and beyond of a well-loaded Greater Lagos Fiesta filled with fun and entertainment, said the event will promote and have a positive impact on the economy of the State, which would result in a boom and therefore appeal to willing corporate organisations to partner with Lagos State Government to make the event successful.

The Special Adviser to the Governor also hinted that with the Q4 Initiative launched in September, the Ministry of Tourism, Arts and Culture will be able to collate data for attendees to enhance planning and project to the world the traffic Lagos State attracts to tourism and entertainment.

Martins while responding to questions from journalists on the name successive governments have called the fiesta in the State, said Mr. Governor would be briefed on the need for a bill to be sponsored and sent to the Lagos State House of Assembly for the current name to be backed by law for continuity.

Greater Lagos Fiesta was designed to provide a platform to promote commerce, arts, culture, unity, and happiness among the people of Lagos State in celebration of the yuletide