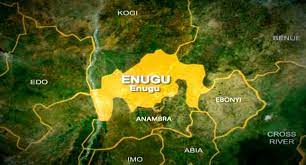 The Enugu State Police Command with the support of other local guards have rescued four kidnap victims, including a female from the kidnappers’ camp at Akama-Oghe in Ezeagu Local Government of the state.

Their rescue was made possible by the combined efforts of Police operatives serving in Iwollo Division, Neighbourhood Watch personnel and Forest Guards

The Commands Public Relations Officer, Daniel Ndukwe (DSP), said the victims, were kidnapped along 9th-Mile/Eke/Akama-Oghe Road, last Friday, at about 8pm, and were rescued in the forest the following day, being Christmas eve.

The Police, said Ndukwe, recovered a black-coloured Mercedes Benz car belonging to one of the victims.

All victims have been debriefed and reunited with their families, the Police said.

He said the state Commissioner of Police, Ahmed Ammani, has already ordered tactical operatives of the Command to sustain ongoing manhunt of the kidnapping suspects, who abandoned the victims and escaped due to the intense pressure mounted by the operatives to rescue the victims and apprehend them.