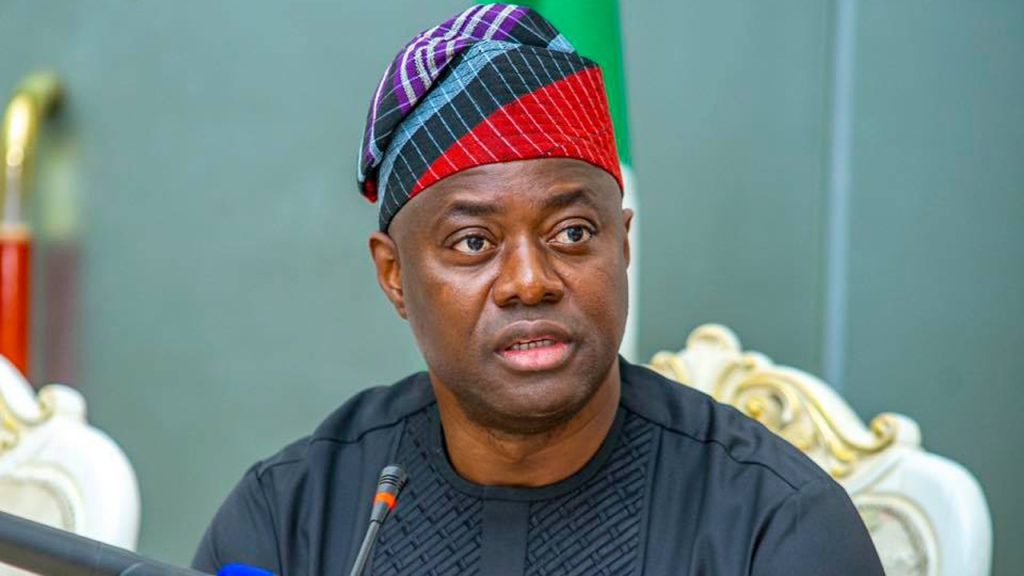 Oyo State Governor, ’Seyi Makinde, on Wednesday, reiterated that his administration would continue to support efforts to expand the Ibadan Airport, as according to him, the facility is critical to the state’s economy.

The Governor, while speaking at the 40th Anniversary Celebration of the Airport, highlighted some of the efforts already embarked upon by the state government to expand the Airport.

Oriental News Nigeria reports that some of efforts made by the Makinde administration has culminated in the upgrade of the Airport to CAT 6.

It would recalled that the government had, at different times, made a donation of a fire vehicle and a Toyota Hilux vehicle, while also embarking on the construction of 500,000 litres Aviation fuel storage and dispensing facility, among others.

While speaking, the Governor said that when the Iwo Road Bus Terminal project is completed, there will be cheap and accessible public transport to the Airport.

He said: “I want to congratulate the staff and management of FAAN on your 40th anniversary.

“The Ibadan Airport is so central to our economy in Oyo State that after we came in as an administration, the first thing I did was to befriend them here. So, because of the centrality of the Airport in Ibadan to our economy, we know if we work together with FAAN and the Airport Staff, we will be able to achieve our own objective as well.

“The representative of the FAAN MD already mentioned a few of the things we have done here but one thing that I have clearly seen is, for those who have been coming to this Airport before the advent of this current administration, you will agree with me that if you needed to fly to Ibadan, you would call your driver because you won’t see any taxi here to take you to town, as the flights were few and far between.

“So, it was not worth the while for the taxis to come and stay here but that situation has changed now.

“Whether you are coming from town or you are an arriving passenger, you can always get transportation that will take you from the Airport to your destinations. Let me make this promise here and now; as soon as we complete the Iwo Road bus terminal, there will always be a public bus from here to the terminal and it will be cheap as well.

“Another vision we also have for the Airport is ease of getting in and out of this Airport and also attract others to come and use the Airport. And that is why the road from Airport to Ajia with a spur to Amuloko is supposed to target people from Ijebu-ode, Ijebu-igbo to use the Airport.

“Once that road is completed, people from Ijebu-Ode will only take about 35 minutes to get here.

“Also, we are collaborating with the Osun State Government to fix the Ibadan-Iwo-Osogbo road, which is the shortest distance between Osogbo and here. Rather than Osogbo people trying to travel down to Akure, they can come to Ibadan Airport. So, they are being targeted as well.

“Finally, this is supposed to be an alternative Airport to Lagos. As a government, we will continue to support the expansion of the Airport and if, by any chance, they list Ibadan Airport as one of the airports to be concessioned, be sure that Oyo State government will go for it.”

The Governor equally commended members of staff who received different categories of awards at the event, noting that the awards were an encouragement to do more.

Earlier, the Managing Director & Chief Executive of FAAN, Capt. Rabiu Yadudu, who was represented by Mrs. Adenike Aboderin, appreciated the governor and his cabinet for their tremendous efforts and supports towards the uplift of the Federal Airport Authorities of Nigeria (FAAN) Ibadan Airport.

He listed the efforts to include the donation of a brand new Shackman F2000 fire truck to support fire rescue at the airport, building and furnishing of the protocol lounge, donation of brand new Hilux, completion of jet A1 farm tank, on-going dualisation of the access road and on-going construction of security post at the approach.

He reiterated the FAAN’s commitment to the state government, saying that they will keep doing their best while counting on continuous support of both federal and state governments and all stakeholders.