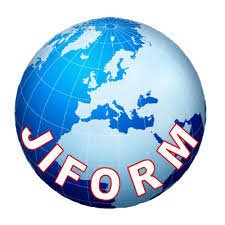 A 20-year old Nigerian lady (name withheld) trapped in a prostitution camp in Ghana has raised the alarm over threat to her life by an agent that facilitated her travelling.

This is as the Journalists International Forum For Migration (JIFORM) on Thursday petitioned the National Agency for Prohibition of Trafficking in Persons (NAPTIP) and other organizations to come her rescue.

The lady trafficked since March 2020 pleaded that she was tired of prostitution and endless demands from her slave madam up to the tune of over a million naira out which she had been forced to remit N300,000.

During an interview with JIFORM, she claimed that the said amount being forced on her was never mentioned as part of the job negotiation deal by the madam not until she arrived at her destination in Ghana.

In a Save Our Soul (SOS) petition filed by Ajibola Abayomi, the President of JIFORM containing the full identity, location and contacts of the victim with the NAPTIP, the Federal Ministry of Foreign Affairs, Nigeria embassy in Ghana, Ghana Immigration Service, the lady expressed the desire to return home saying she was ready to be reunited with her family provided her security could be guaranteed.

The JIFORM President lamented that the pathetic story of the lady called for passionate and urgent attention especially from the NAPTIP in order to help restore both the mental and psychological conditions of the victim.

“I decided to personally take up the matter after interviewing the parties concerned including the lady trafficked to Ghana. NAPTIP should conduct further investigations by examining in details verifiable voiced notes, hot exchanges and established threat to life. At the end of it all I want the lady returned home safely.  Also anti-human trafficking agency  must ensure that the law takes its course mo matter hose ox is gored.

“All the details of the victims including her telephone number and current residential address as well as that of the agent had been forwarded to the relevant authorities for prompt action. My interactions with the accused agent suggests that there is more than meets the eye in this for NAPTIP to handle” Ajibola said.

The victim who was desirous of greener pastures abroad was said to have been lured to Ghana by a friend who took her to the agent that promised her a befitting job in return.

Disturbed by the development her aunt, Miss Sarah Amanabo, narrated how the lady got trapped.

She said the victim eloped without her consent thereby creating a huge concern within their family since 2020 and in the process, her dad passed on.

“My niece is a subject of concern. She went along with a friend under the guise of getting a better paying job as a bartender. It turned out it was a cover for prostitution and she reached out later on because; she was ashamed to speak to me about it, being that she eloped from home.

She said she has been sending all money to her Madam, but the Lady insisted she wasn’t working hard enough to pay back her investment and interest. She requested a bail out and the lady has been threatening her with death she wants to come home but the lady has a grip on her mind” said Mrs Amanabo.