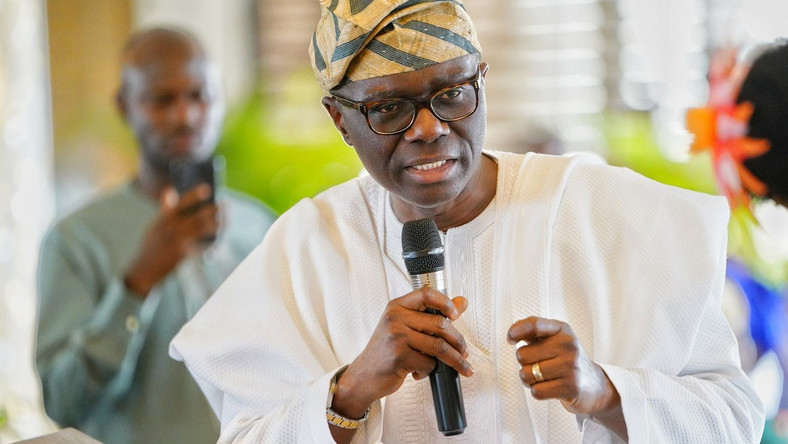 Also, the governor appointed former Lagos State Head of Service, Mrs. Folashade Jaji, who retired on March 3, 2017, as the Secretary to the State Government.

He signed the executive order at the State House, Alausa Thursday alongside the Deputy Governor, Dr. Obafemi Hamzat and Head of Service, Mr. Hakeem Muri-Okunola, among others.

The executive order, which is titled “Re: Enforcement of Law and Order in respect Traffic and Sanitation Matters,” was issued to restore stability and a culture of accountability.

After signing the order, Sanwo-Olu declared a state of emergency on the environment and traffic management in the state in a bid to restore stability and a culture of accountability.

Sanwo-Olu said the state of emergency became imperative following incessant traffic and unwholesome sanitation practices that had been major challenges in Lagos State.

The order read in part: “These unaddressed traffic and environmental violations continued to constitute a nuisance that threatened the safety and well-being of all citizens.

“There is therefore a need to declare a state of emergency over environmental/sanitation and traffic management matters within the state so as start the process of restoring stability and a culture of to accountability in which all the citizens become active stakeholders in bringing about the necessary changes.

“From the date of the executive order, there shall be zero tolerance for environmental abuse, including illegal and indiscriminate refuse dumping and construction of structures on drainage points and setbacks.

“The Office of Drainage Services under the Ministry of the Environment shall be imbued with the power to commence an aggressive cleaning of all secondary and tertiary drainage systems in all Local Governments and Local Council Development Areas within the state in a bid to eliminate refuse, silt and other drainage blockage as well as ensuring easy and free flow of rain water during the raining season.

“All LASTMA officials shall effectively carry out their functions by ensuring strict enforcement and compliance with all extant traffic rules and regulation fully prescribed by enabling laws.

“LASTMA officials will immediately begin work on a shift basis in which road and traffic management operations will last till 11pm on daily basis.

“Lagos State Public Works Corporation will immediately commence the identification and repairs of all potholes and bad roads within the state. The provisions of this Order shall extend to all law enforcement agencies in the state in maintaining law and order for the collective good of the citizens.”

Just before signing the executive order, Sanwo-Olu announced Jaji, former Lagos State Head of Service as the Secretary to the State Government, SSG.

Jaji was born on March 3, 1957 in Surulere, a metropolitan city of Lagos State. She attended Anglican Girls Primary School in Surulere, Lagos before she proceeded to Queen’s College in Yaba, where she obtained the West Africa School Certificate in 1974.

She received a Bachelor of Science degree from the University of Ibadan, where she was trained as a Chemist before she enrolled for a Post Graduate Diploma in Public Administration at Administrative Staff College of Nigeria after she completed the compulsory one year Youth Service at the Nigerian Breweries.

Having completed the diploma program in 1985, she proceeded to the University of Lagos where she received a Master of Business Administration’s degree in 1989.

Also, at a meeting with public servants yesterday, Sanwo-Olu assured them that issues surrounding the minimum wage would be addressed, promising to ensure that the take-home pay of workers will truly take them home.

According to him, we are going to sort that out very soon. I will make sure that whilst we do the work that we are meant to do, your take home will begin to take you home. But Lagos residents have to feel it from day one from the way we speak to them and from the way we take their records.

He urged the workers “to be change agents. Their concerns will be addressed. The workforce must reciprocate his good intention through hard work and innovations to bring about the desired changes and development.

“I know that when we take care of you, you will take care of Lagos residents. So, those are the promises I want to draw from all of you. I know all these because I have been here before.