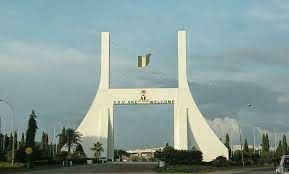 Two groups, a Network of Journalists on Indigenous Issues and Lawyers Network for the Protection of the Rights of Abuja Original Peoples have been established in Abuja to promote and defend the rights of original inhabitants in the Federal Capital Territory, FCT.

The indigenous peoples who were the first to settle in the FCT some 1000 years ago are complaining of exclusion and all forms of repression and loss of their ancestral values occasioned by the movement of the Federal Capital from Lagos to Abuja in 1976 by the military regime and the subsequent loss of most of their land.

The first peoples lament the displacement and evictions they have been facing and the denial of access to their ancient land of which they have physical and spiritual attachment. The original inhabitants in Abuja are about 2 million people.

The formation of the networks was part of the resolution at the end of a weeklong training and workshop dedicated to dealing with the plight of Abuja original inhabitants, mainly Gwari, Nupe, Ganagana, Koro, Ebira, Bassa and others that make up the nine aboriginal ethnic groups. The event was organised by the Resource Centre for Human Rights and Civic Education, CHRICED with the support of the John D and Catherine T. MacArthur Foundation and the Catherine. CHRICED dedicated the first two days to the training of journalists in collaboration with Journalists for Democratic Rights, (JODER) and the International Press Centre, IPC while another two days were set aside for expert summit on access to justice.

The organisers said the summits are timely interventions to prevent conflict and ensure peace building in the FCT. The weeklong event saw extensive training of journalists on indigenous issues and a pair review by legal luminaries on the various laws that favour or marginalise the original inhabitants. They observed that there is the need to review all the statutory provisions to ensure any future constitutional review is inclusive of the rights of Abuja Original inhabitants.

Participants urged the Nigerian Government should as a matter of urgent importance create the necessary atmosphere to address the challenges of indigenous peoples especially the original inhabitants of Abuja who wish to live in peace in a just and equitable country.

Original peoples in the FCT who attended the event said they suffer institutional repression, forceful eviction, their voices lost, are met with conflict arising from lack of access to ancestral land, loss of sacred forests, groves, burial sites amidst ownership of land defined by laws of the state which often exclude their input. They said they are stateless, since employment, admission into federal schools are based on being an indigene of a state whereas the FCT is not recognised as a state. They said the original peoples in FCT cannot vote for State Governors like other Nigerians which deny them their constitutional obligations.

Speaking at the conference, the Executive Director, CHRICED Mr Zikirullahi Ibrahim said original inhabitants in Abuja are enrage against historic injustices adding that it was important to provide a democratic platform for them to express their views in a peaceful manner to avoid conflict or people taking the law into their hands. He said resolutions at the end of the event would be made available to the relevant authorities for prompt action.

The participants said that across the world, original inhabitants and issues around their livelihood, rights and access to justice have become a critical focal point in national and international dialogue.

‘The original peoples are over 300 million all over the world including in the FCT, a distinct people with a long history characterised by rich heritage, traditional knowledge, language, spirituality, cultures and civilisations treasured for centuries, there are growing concerns that valuable assets of original inhabitants currently face multifaceted threats from lack of access to justice, human rights, economic, political and cultural dispossessions of land and ancestral territories by state and non-state actors’ participants said.

They said that the consequences of serial denial of the rights of indigenous peoples are manifest in lack of equitable access to the essentials of life like housing, land and its bio and genetic resources, education, health, equitable economic and political representation.

In the communique signed by Ibrahim and the Executive Director JODER Mr Adewale Adeoye, participants noted that original owners are not alone, knowing that the United Nations, (UN) is concerned about the plight of Indigenous peoples and since 1982, has provided various Conventions and treaties, including but not only the United Nations Declaration on the Rights of Indigenous Peoples,(UNDRIP), the International Labour Organisation, (ILO) Convention 169, the Economic, Social and Cultural, Rights, (ECOSOC), the Convention on Biological Diversity, (COB), the establishment of the UN Permanent Forum on Indigenous Peoples and the Working Group on Indigenous Issues, The African Charter on Human and Peoples’ Rights other relevant international instruments for the advancement of the rights of indigenous peoples amidst other declarations by Indigenous peoples across the world.