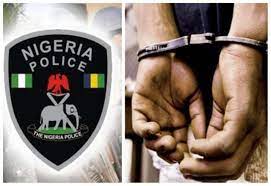 The Police in Jigawa have arrested a 25-year-old man for allegedly killing his brother’s wife in Miga Local Government Area of the state.

Shiisu said the suspect was arrested after he allegedly hit the deceased with his leg in her stomach on Aug. 3, as a result of which she fell.

He said the police moved in and rushed the victim to Jahun General Hospital, where the victim was  confirmed dead.

According to him, the suspect, who escaped, was later arrested in Hadejia Town.

“The police stormed the scene and rushed the victim to Jahun General Hospital for treatment where she was later confirmed dead by a medical doctor,” the PPRO said.

Shiisu said the Commissioner of Police in the state, Mr Usman Gomna, has directed that the case be transferred to State Criminal Investigation Department (SCID) for investigation.(NAN)