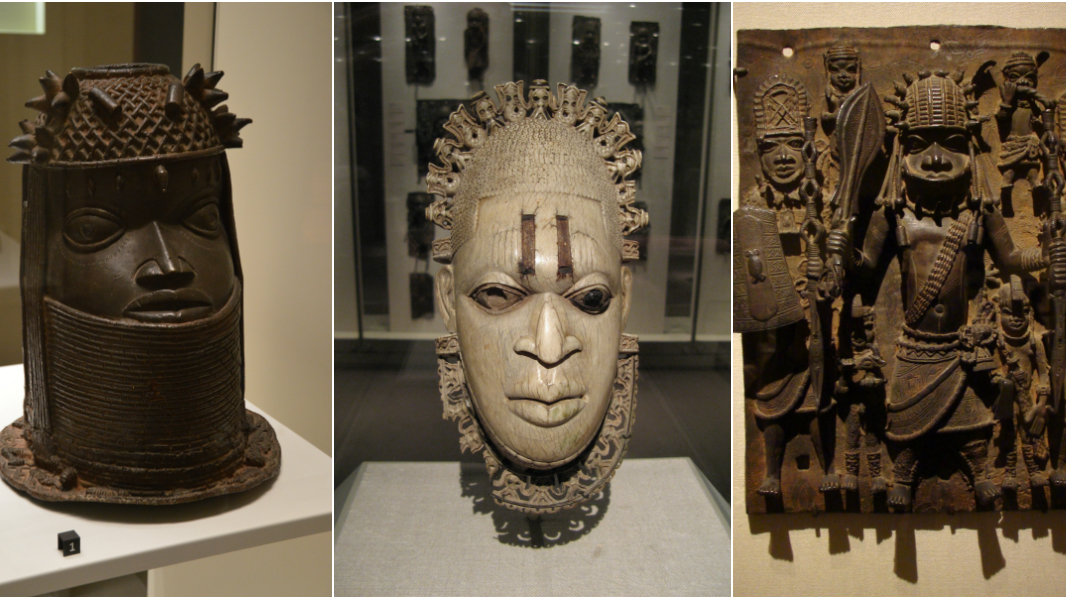 A number of museums in the United Kingdom are taking steps towards repatriating Benin bronzes and other artefacts looted from Nigeria.

Currently the Horniman Museum and the National Museum of Ireland in Dublin, are contemplating returning theirs.

The subject of restitution has gathered steam after the Humboldt Forum; based in Berlin, Germany announced last month that it would return Benin bronze items in its collections to Nigeria. Specifically, the majority of the artefacts were looted by the British army from Benin City. The pillaging took place in an invasion of the ancient Benin Kingdom in 1897.

Reports from the UK indicate that the National Museum of Ireland plans to return 21 Benin bronze items to Nigeria. The objects, which include armlets, wooden paddles, figures and a staff, came into the museum’s collection between 1898 and 1907. The museum has yet to announce a formal restitution plan.

Also, the Horniman published a policy document last month; outlining a formal procedure for requesting the repatriation of items from its collections.

“Our Restitution and Repatriation Policy sets out a clear procedure for repatriation claims… The Horniman has, at the time of writing (7 April 2021), received no repatriation requests which means that no definitive decision has been reached, nor even yet considered, about repatriation of any object,’’ said the museum’s chief executive, Nick Merriman.

The Horniman has 50 objects that are believed to have been looted in February 1897 during the military invasion of Benin City. Fifteen of these objects are brass plaques referred to as Benin bronzes.

Among the museums that have indicated an interest in repatriating looted artefacts to Nigeria is the University of Aberdeen.

After an internal review, the university announced in March 2021 that it will unconditionally return the one Benin bronze sculpture in its collection. The review uncovered that the object was pillaged by British forces in an “extremely immoral manner”. Equally important, the University of Aberdeen is the first British institution to agree to full repatriation of a Benin bronze.

Others include the Museum of Archaeology and Anthropology (MAA), Cambridge; which is believed to hold more than 160 artefacts likely looted from Nigeria. Also listed is the the British Museum (BM), London; Pitt Rivers Museum, Oxford; Great North Museum, Newcastle; The Royal Pavilion & Museums Trust (RPMT), Brighton and the National Museums Liverpool.

NBA Warns Of Impending Strike In Solidarity With JUSUN