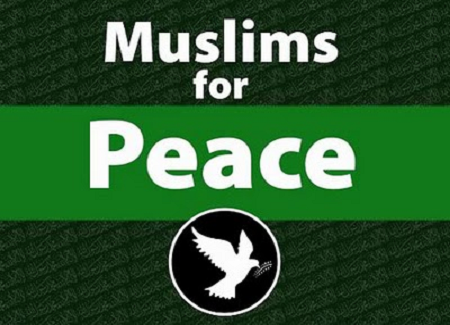 The Muslims United for Peace and Justice, has challenged the security agents to curtail the incessant killings by IPOB/ESN before the groups throw the country into an intractable ethno-religious strife.

The group, in a statement by Alhaji AbdulHameed Danmole, condemned the cold-blooded murder of Harira Jubril and her four children in Anambra and demanded that the perpetrators be fished out and brought to book earnestly.

“It is clear that their evil intention was to provoke a reprisal attack on Nigerians of Igbo (or Southern extraction) living up North and thus throw the country into another civil war. We therefore commend our Northern compatriots for not taking that evil bait.

“We implore them to remain calm and eschew vengeance, as two wrongs never make a right. Moreso, it is forbidden in Islam to visit the sin of one person on another, such amounts to injustice.

“However, we are deeply worried that IPOB/ESN terrorists have amplified their murderous escapades with utmost impunity in recent times, such that they are now on the same pedestal as the equally evil and murderous Boko Haram terrorists ravaging the North.

According to reports over ten northerners were killed on the same day Harira Jibril was killed. One Abdullahi selling roasted meat (Suya) was reportedly killed at Nnanka, while five commercial motorcycle riders, all northerners, were also killed at Anocha Local Government Area.

It said: “All these killings were perpetrated a few days after an Anambra State lawmaker, Okey Okoye was abducted and beheaded by the same IPOB/ESN terrorists.

“While the Anambra State Governor, Prof. Charles Soludo had promptly placed a N10 million ransom on the heads of Okoye’s killers, he only commiserated with Harira’s family without much ado.

“Indeed, the general response from Igboland to the latest killing of Northern Muslims in their backyard has been poor and uninspiring.

“Even nationally, the response to the dastardly act has been lukewarm.

Unlike the vociferous nation-wide uproar and condemnation that greeted the dastardly murder of Debora Samuel by irate youths in Sokoto a few days earlier, the reactions from politicians, a section of the media, human rights community, Christian leaders and the so-called ethnic nationality groups, have ranged from a deafening silence to mere perfunctory statements of condemnation.

“It is important to note that the seeming indifference being displayed by some section of the media and other non-Muslim stakeholders in the Harira et al matter has become a standard practice, suggesting that Muslim lives don’t matter. This is a sign of deep-rooted Islamophobia and it is quite unfortunate, because humanity is one.

“Violence must be condemned by all and sundry because it is an ill wind that could blow in all directions.

“All well-meaning people and groups, irrespective of religious or tribal inclinations, must collectively and continuously stand and speak against violence so that our country does not slip into total anarchy,” it stated.

The Muslims United for Peace and Justice is a group of leaders of various Muslim Organisations, an action task team with the mandate to counter hate, impunity, bigotry, corruption and violence in all ramifications and promote justice, tolerance, mutual respect and understanding amongst the diverse faith and ethnic communities in Nigeria

MITC President To Unveil ‘Sagacity Of A Digital Revolution @NDSF’22