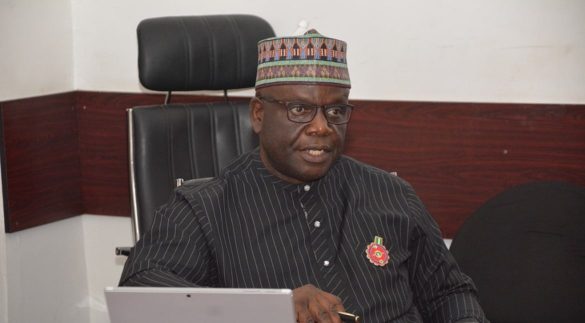 Nuhu, who made this known during an interview with the News Agency of Nigeria (NAN) in Abuja, said such move would boost the confidence to ensure safety and comfort of the flying public.

He said NCAA, being a regulatory body, would ensure the nation keep boasting of improved aviation infrastructural facilities at the airports, state of the art navigational aids and modern weather forecasting equipment.

“Our mission is to provide aviation safety and economic regulation in the most efficient, effective, quality and technology driven manner to the satisfaction and benefit of all the stakeholders, consistent with the highest international standers.

“NCAA is ready for the sustainable development of the industry and national economy,” he said.

Nuhu said that NCAA was currently working on some applications for the new airlines.

According to him, about six new airlines will start to operate soon to strengthen the capacity in the aviation sector.

“There are quite a few airlines coming up. About two or three to start operating this year.  The rest will start next year,” he said.

The director-general called on all pertinent stakeholders to work together as a team to further design strategies towards best practice to grow the industry from the level of Covid-19 impact.

“For the airlines, we provide `Ultimate Means of Compliance“ for them to keep fly and to avoid spending huge among of money to send the aircraft and people for training.

“That on its own was in form of palliative from NCAA to all local airline operators to save their money,” it said.

Nuhu observed that the recent increase in air fare was as a result of a bit higher demand than the available capacity in the industry.

He commended the Minister of Aviation, Sen. Hadi Sirika, for his efforts towards alleviating challenges confronting Nigerian Airline Operators (NAO).

“In the issues of assisting the airlines, I think the Federal Ministry of Aviation has done wonderfully well in consulting airlines operators , protecting foreign exchange , proposing of giving them single digit loan.

“Also, removing 7.5 per cent tax (VAT) in the new financial bill among others,” he said.

On the issue of bailout for the airlines, the NCAA boss said it was a strictly policy matter being handled by the ministry.

In a related development, a senior member of staff in the ministry, who pleaded anonymity, said disbursement of five billion naira aviation palliative fund, the bailout, was handle by a committee set up by the minister.

The official said that the member was drawn from the ministry, the Airline Operators of Nigeria (AON) and the ancillary service providers.

According to him, all decisions on beneficiaries and number of benefits were taken by the committee without any interference by the ministry.

“This was to ensure transparency and fairness which the ministry can assert were achieved,” the official said.

The official affirmed that aviation sector was also expecting another sum of twenty seven billion naira palliative, as promised by the federal government, to support the industry. (NAN)