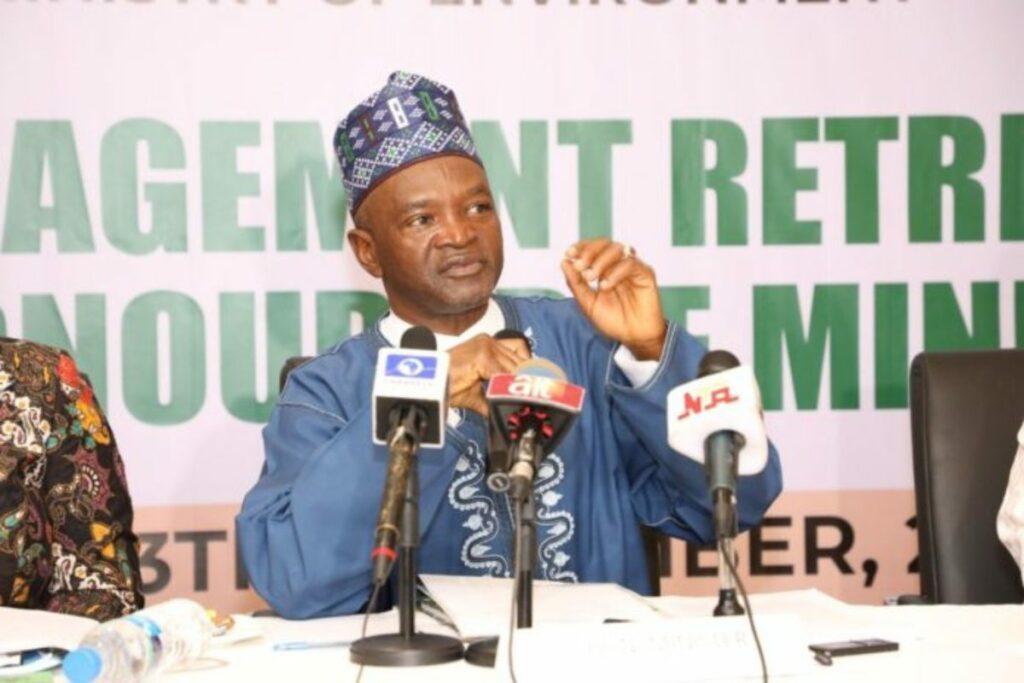 Dr Mohammad Abubakar, Minister of Environment, on Monday, disclosed that Nigeria recorded 4,919 oil spills between 2015 to March 2021 and lost 4.5 trillion barrels of oil to theft in four years.

Abubakar disclosed this at a Town Hall meeting in Abuja, organised by the Ministry of Information and Culture, on protecting oil and gas infrastructure.

“The operational maintenance is 106, while sabotage is 3,628 and yet to be determined 70, giving the total number of oil spills on the environment to 235,206 barrels of oil. This is very colossal to the environment.

“Nigeria also lost approximately 4.75 trillion on oil activities in the four years between 2015 and 2018, as estimated by the Nigeria Natural Resources Charter.

“Several statistics have emphasised Nigeria as the most notorious country in the world for oil spills, loosing roughly 400,000 barrels per day.

“Now the environmental effect, which is the major concern of the ministry of environment, is in the loss of revenue.

“Attack on oil facilities has become the innovation that replaced agitations in the Niger Delta region against perceived poor governance and neglect of the area.

“The impacts of vandalism of oil facilities have not only caused pollution of the environment but had consequences on the local people, the national economy and security,’’ he said.

It is in the light of this fact that over 1,300 oil and gas projects in Nigeria have been subjected to EIA process under the supervision of the ministry’’.

Abubakar further added that the ministry held periodic interactive sessions with oil and gas operators, focused on the continued degradation of the environment, fatalities and loss of revenue, attributable to the regular and incessant vandalism of oil facilities, particularly pipelines.

The minister stressed that the effects of the destruction of oil and gas facilities had caused huge economic losses from pipelines to plant shut downs, as well as loss of biodiversity, habitat and ecological damage.

“Also, increase in air pollution and the attendant climate change issues, public health impacts on affected communities, social impacts and loss of livelihood, supremacy among militants, casualties, among others,’’ he said.

Oil pipeline vandalism over the years had been one of the major factors contributing significantly to environmental degradation in the Niger Delta region, which accounts for about 70 to 80 per cent of our oil and gas sector that drives the economy, the minister noted.

He added that the country’s oil and gas production accounts for a great deal of upstream and downstream industrial activities and production frontiers were increasingly moving into deep-sea operations.

Similarly, the oil sector accounts for over 90 per cent of Nigeria’s total foreign exchange earnings with the bulk of it coming from the numerous producing fields, located on the land, swamp and offshore environment of the Niger Delta region, Abubakar also noted.

He, therefore, recommended increasing awareness creation on the negative consequences of vandalism of oil facilities and other illegal activities.

Such awareness should also be accompanied by increased sustainable community development programmes for host oil communities, to include skills acquisition, provision of infrastructure and basic amenities, among others, by oil companies and relevant government agencies, Abubakar said. NAN