Nigeria To Widen Collaboration With INTERPOL, WAPIS On Crime Prevention 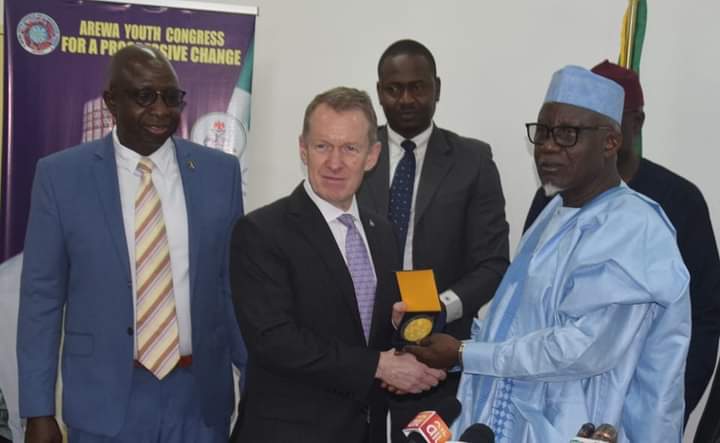 The Minister of Police Affairs, Dr. Muhammad Maigari Dingyadi, has said that the Federal Government would strengthen collaboration with the INTERPOL and West African Police Information Programme (WAPIS) to end crimes in the country.

He stated this during a courtesy visit of the INTERPOL Executive Directorate Police Services, Mr. Kavanagh Stephen to the Ministry Headquarters in Abuja.

The Minister stated that Federal Government has ensured that WAPIS and INTERPOL were on the ground in the country and they are willing to partner and support the effort the organizations are making to ensure that the country is crime free.

He said that, “The issue of criminality in many parts of the country is complex and varies from different locations. We need to put heads together and work as a team to ensure that we have what it takes to check criminality in the country”

He recalled the problems of lack of synergy among security agencies due to the inability to share information despite huge data from different agencies adding that coordinating organizations like WAPIS and INTERPOL have improved cooperation among different agencies in the country.

According to him, “we are working together as a team to ensure that we fight these criminals to the end. On our part, we do whatever it takes to support you and ensure improve police service delivery in the country. We have a lot of criminal issues and we require cooperation and support from anywhere that will assist us to curb these criminalities”.

Earlier, Stephen informed the Minister and security agencies of their strategic outlines mapped out to tackle adding that insecurity the idea of the West African Police Information System (WAPIS) had stemmed from the Member State of the Economic Communities of West African States.

He said in the new world, they look out and see how people projected their arms, and move money, drugs, child abuse, scamming of others, terrorist finance, and their cells across the borders with impunity and the need to stop and disrupt their activities by sharing information.

According to him, “we can use all information from the security, border and intelligence agencies can bring together to share more data effectively across the world. We are not here to have a nice time; we are here to make sure we understand how WAPIS can support West Africa to share data that exist among the security agencies effectively”.