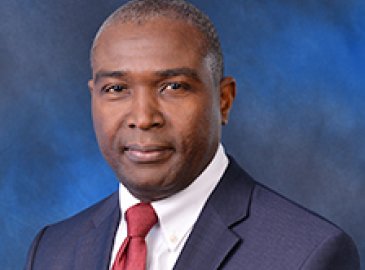 The Nigeria Liquified Natural Gas, NLNG Limited, has said it remains committed to supply 100 per cent of all its Liquified Petroleum Gas (LPG) production (butane and propane) to the Nigerian domestic market despite feedgas and market challenges.

NLNG’s Managing Director/Chief Executive Officer, Dr. Philip Mshelbila, made the statement today at the Nigerian Association of LPG Marketers (NALPGAM) 35th Annual General Meeting in Port Harcourt, Rivers State. He stated that there were challenges which have slowed the utilisation of LPG in the country, which include the inability of the market to completely absorb NLNG’s propane production, leading to its sparse export of propane to avoid tank-top situations at its plant.

“When we made that commitment last year, the intention was that every molecule of butane and propane that we produce in our facility will come into the domestic market and since then we have made every effort to keep to that since January 2022. We have been successful in achieving supply of 100% of our butane production. We have not been able to reach 100% with propane, not because we don’t want to but because the market capacity to absorb the propane is just not there. We intend that all the butane and all the propane that we produce goes into the domestic market whether propane is being used to blend with butane as cooking gas, used as autogas, or used in industry to generate power,” he said.

“Our production capacity as NLNG can supply about 400,000 tons per annum which is somewhere roughly about 40% of the current national demand. This means that the balance has to be imported. Last year, we supplied about 400,000 tons per annum into the Nigerian market. But we did that under extremely difficult circumstances where our gas supply into our plant was heavily compromised by numerous upstream factors, the single biggest one of which is crude oil theft. And as a result of the disruption that this created, our capacity utilisation fell. Unfortunately, that remains the case today. If we have more gas input to our plant, we can produce more LPG. So the issue of supply for us starts with addressing the upstream supply challenges, the biggest of which is crude oil theft,” he added.

He said the NLNG’s Board had decided to commit all its LPG products to the domestic market to change the narrative of LPG being exported amidst difficulties faced by Nigerians in accessing energy. He stated that despite NLNG’s commitment to 100% LPG supply into the market, some local producers still export LPG out of the country. He called on all stakeholders to collaborate in reversing the trend.

He described the Decade of Gas plan, which was fully sponsored by NLNG, as one of the most comprehensive plans in the industry. He said stakeholders in the industry will need to work collaboratively to ensure implementation, which will unleash and unlock LPG potential in the country. He said the aim would be to saturate the market which will result in fall in price and excess gas can then be exported as a source of income for the country.

“I think that we need some favourable government policies concerning LPG pricing. We need a utilisation policy that encourages the deepening of this market. The government will need to adopt a phased removal of kerosene subsidies. We all know the challenges that subsidies provide as a whole,” he said.

At the ceremony, NLNG was presented with an Award of Excellence by the association.