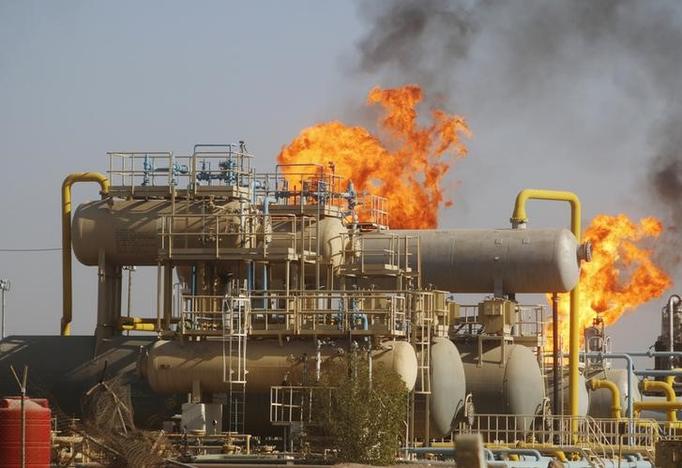 The proposed oil freeze talk by OPEC may hit the rock as Iraq says it will maintain oil production at current levels after exceeding 4.7 million barrels a day in September.

This is coming even as other OPEC members discuss limits on output.

Iraq asked the Organization of Petroleum Exporting Countries for an exemption from its participation in any cuts, the country’s oil Minister Jabber Al-Luaibi said at a news conference in Baghdad.

He cited Iraq’s war against Islamic State as the reason Iraq should be grouped with Iran and Nigeria in being left out of cuts agreed to at a meeting in Algeria last month.

“We are with OPEC policy and OPEC unity,” Al-Luaibi said. “But this should not be at our expense.”

Saudi Arabia’s Minister of Energy and Industry Khalid Al-Falih is meeting Sunday in Riyadh with energy officials from Russia, Qatar, Kuwait, Bahrain and the United Arab Emirates for oil talks while OPEC tries to establish which members will reduce production, and by how much.

Iraq, the second-biggest OPEC producer, is pumping close to record levels, adding to a glut of crude that caused prices to tumble over the last two years.

“We have passed 4.7 million barrels a day,” Falah Al-Amri, the head of the state oil marketing company known as SOMO, said at the same news conference. “We are not going back. It’s a question of sovereignty.”

OPEC adopted a Saudi-led policy in 2014 of allowing members to pump as much as they could to retain market share in the face of increased supply from outside the group.

Prices have plunged to about half their 2014 levels, reaching a 12-year low in January as rising sales from OPEC added to new production in countries like the U.S. and Russia.

Brent crude, the global benchmark, has climbed about 40 percent this year as OPEC discussed cuts. Prices closed Friday at $51.78 a barrel.

Iraq pumped 4.228 million barrels a day at fields under the control of the federal government in Baghdad, Deputy Oil Minister Fayyad Al-Nima said at the news conference.

The Iraqi officials are briefing reporters on the country’s production after Oil Minister al-Luaibi disputed the data OPEC uses to gauge output. The group agreed in Algeria last month to make cuts but left undecided the level from which it would have to trim output.

Iraq pumped a record 4.54 million barrels of oil a day last month, according to data compiled by Bloomberg.