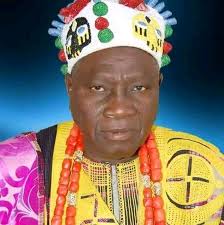 The Oloro of Oro, Oba AbdulRafiu Ajiboye Oyelaran 1, has described the transition of Oba Sikiru Atanda Sanni Woleola II, Olupo of Ajase Ipo, as a devastating occurrence and rude shock that had shattered traditional setting in Kwara state.

Oba Ajiboye Oyelaran I, made the comment in his condolence message to the people of Ajase-Ipo community, the entire Igbomina land and Kwara State as a whole.

Oloro said the demise of the monarch unsettled the traditional institution because he transited suddenly when his royal support and counsel were needed the most.

“Late Olupo would be sorely missed, he has always been there, rendering support to other obas, chiefs and the needies in the society,” he added.

Olupo, who died on Sunday night after a brief illness, was no doubt forthright in his Chairmanship of Irepodun Traditional Council and the progressive leadership he provided Igbomina/Ekiti Obas in Kwara South axis of the state will be sadly missed, he remarked.

Oloro commiserated with Ajase Ipo community, Irepodun Local Government Council, the Igbomina people and the entire state as he prayed for the repose of the late monarch’s soul and eternal rest be mercifully granted him.

The monarch also commiserated with the Kwara State Governor, Mallam AbdulRahman AbdulRazaq, and the  Emir of Ilorin, Dr. Ibrahim Sulu-Gambari, over the loss of a foremost traditional ruler in the state.

Oba Woleola, a first class traditional ruler, was the 15th Olupo of Ajase Ipo who ascended the throne December 2009, his reign has been peaceful and development oriented.

Who should measure PR?