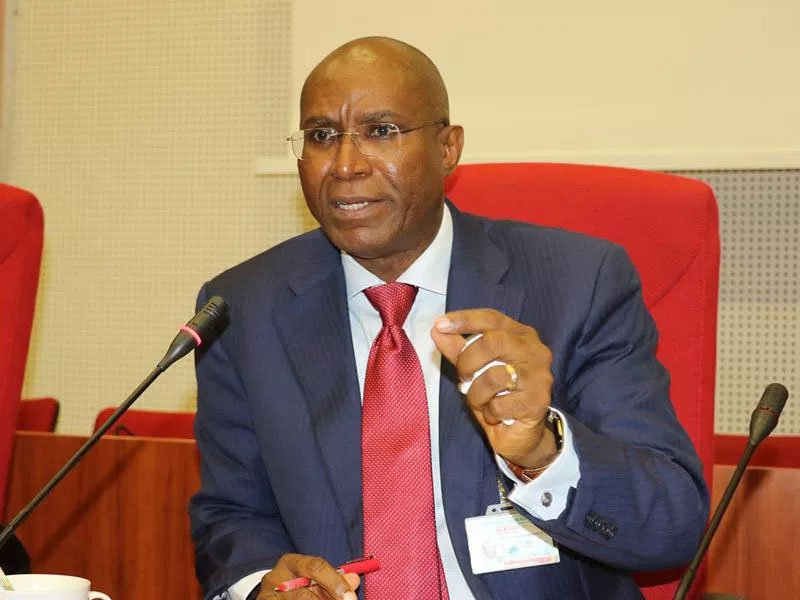 Senator Ovie Omo-Agege, Deputy President of the Senate, at the weekend gave the assurance that estimated billing in the electricity industry would soon end given the determination of the Federal Government in addressing it.
Omo-Agege made this known at the ground breaking ceremony of the Power Sub-Station in Orogun, Ughellli North Local Government Area of Delta.

The project is being constructed by the Niger Delta Power Holding Company (NDPHC) and National Integrated Power Power Project (NIPP).
“I remind the Benin Electricity Distribution Company (BEDC) of its obligation to customers and the government regarding the mass metering initiative of the Federal Government aimed at ending the era of estimated billing syndrome.
“That is what President Muhammadu Buhari and members of the National Assembly want.

“All over the world, you pay for the energy you consumed. The only obligation government has is to provide the enabling environment  for it to be made available,” Omo-Agege said.
He said that the Federal Government was committed to addressing energy poverty in the country through mass metering.
The senator representing Delta Central Senatorial District at the National Assembly, said that the establishment of the power sub-station was one of the several initiatives of President Buhari’s administration to make electricity available to Nigerians.

He described energy as the backbone for the social and economic development of any nation as well as an enabler for industrial and improved healthcare delivering.

He said that establishment of the power sub-station would promote research and development in the recently approved Federal Polytechnic in Orogun.

“President Muhammadu Buhari’s administration is currently making significant effect aimed at reducing energy poverty that has over the years impacted negatively on the economic development and public health.

“The objective has been to ensure that the number of people who used modern energy should increase to reduce social cost than to increase social benefits.
“The establishment of this power sub-station is one of the several initiative of this administration aimed at addressing the energy poverty in our nation.

“Earlier, we have leverage on the vision of this administration in the power sector to provide transformers to several communities in our Senatorial District to improve the energy availability and supply to our people.

“We have already provided Solar-power street lights across most communities in Delta Central Senatorial District.