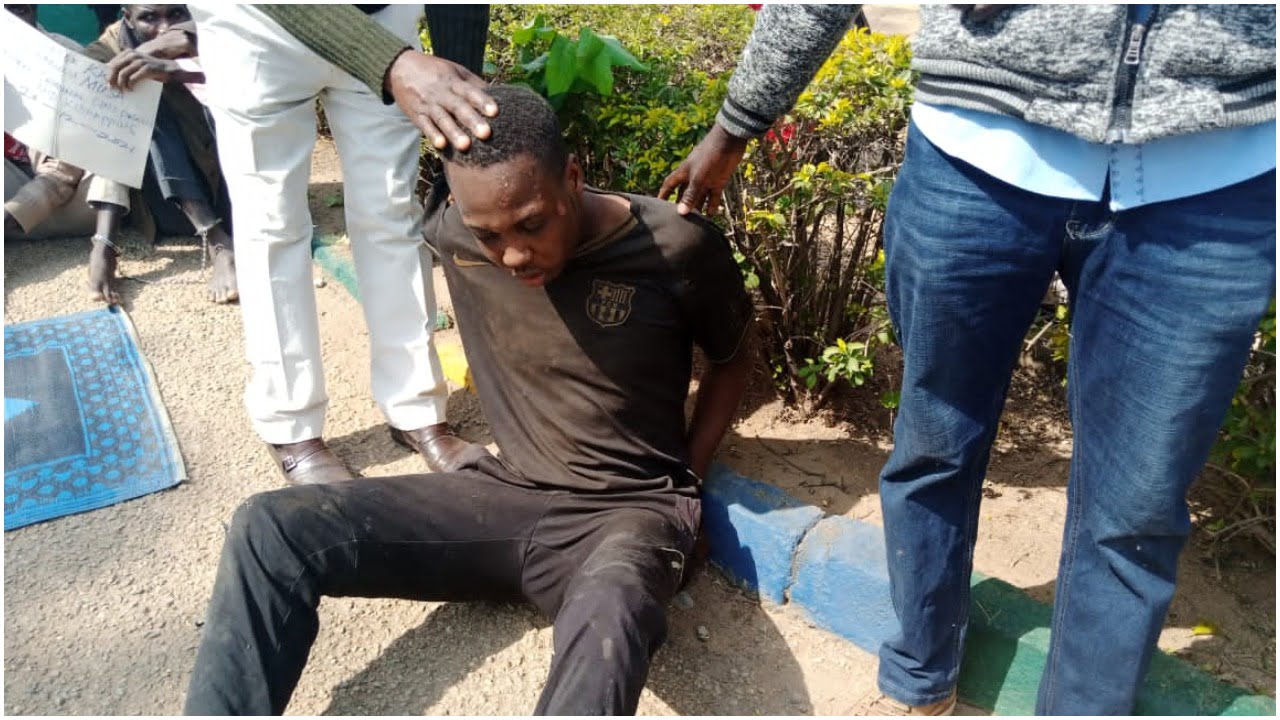 The Plateau State Police Command has arrested 20-year-old Moses Oko, in connection with the gruesome murder of a 300-Level student of the University of Jos, Miss Jennifer Anthony.

The State Police Commissioner, Bartholomew Onyeka, while parading the suspects at the Police Headquarters Jos, said Moses, suspect to have murdered Jennifer was arrested in Benue State where he had gone to hide after committing the crime.

He said the suspect who is alleged to be the boyfriend of Jennifer, was arrested with a fork and other exhibits which he used to remove the eyeballs of the victim.

He said, “sequel to the gruesome murder of Miss Jennifer Anthony, a 300 level student of the University of Jos, whose lifeless body was found mutilated on January 1, 2022, at Domus Pacis Guest House, Jos, by a man named Moses Oko, 20, the police swung into action to arrest the fleeing suspect.

“He is suspected to be her boyfriend who fled after committing the crime.

The Command in a bid to arrest the perpetrator launched an aggressive manhunt on the suspect and tactically trailed him to Benue State where he was arrested by police operatives of the Command.

“The suspect will be arraigned in court as soon as investigation is completed.”
The suspect’s father, Mr. Joseph Oko, a Lecture at the University of Jos, who was earlier detained by the Police said he was the person who took his son to Makurdi Police Headquarters when he discovered that he was wanted by the Police.

The CP, also revealed that the wife of the Deputy Chief of Staff, Plateau State Government House, Mrs. Tabitha Silas Vem, and Dr. Samuel Audu, who were kidnapped have been rescued.

“Following the cases of abduction of Mrs. Tabitha Silas Vem, wife of the Deputy Chief of Staff, Plateau State Government House, and Dr. Samuel Audu, of Barkin Ladi area of the State, a combined team of Police operatives and other security agencies in a rescue operation, stormed and combed the bushes around Sho Village and rescued the victims unhurt.

” The victims were stabilized and reunited with their families while efforts are on top gear to apprehend the suspects.”