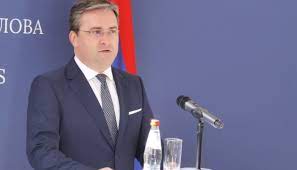 Serbia will not recognize the results of “referendums” held in four regions of Ukraine partly occupied by Russian forces, President Aleksandar Vucic said, despite Belgrade’s warm ties with Moscow.

“Serbia … will not recognize that (referendums) as it adheres to international law, the United Nations Charter and UN resolutions,” Vucic told reporters.

Serbia, a candidate for European Union membership, is solely reliant on Russia for its natural gas supplies and has refused to join Western sanctions against Moscow over its actions in Ukraine.

The Kremlin supports Belgrade in its continued opposition to recognizing the independence of Kosovo, a former southern Serbian province populated mainly by ethnic Albanians.