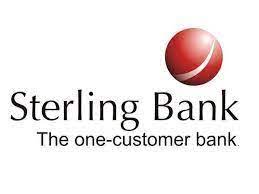 Sterling bank Plc, is pulling a string of key partners to promote one of the biggest Agriculture confab in the African continent.

The bank in a statement announced plans with her partners which include Leadway Assurance, Nestle Nigeria Plc, Microsoft Nigeria, Thrive Agric, GIZ, Stears Data and others for this year’s Agricultural Summit Africa (ASA); the largest private sector-led conference on the agriculture sector in sub-Saharan Africa.

Taking place on the 26th and 27th of October 2022, with registration ongoing at www.agricsummit.org, this edition of the ASA will focus on how the agribusiness sector can further unlock value and accelerate growth and transform Nigeria into a trillion-dollar economy.

Olushola Obikanye, Group Head of Agric and Solid Minerals Finance at Sterling, made this announcement in a statement released by the bank yesterday.

He said ASA 2022, with the theme “Engineering a Trillion Dollar Agricultural Economy,” will amongst other objectives, highlight recent successes of Nigeria’s agricultural diversification efforts by showcasing actual accomplishments and innovations while driving discourse to achieve actionable steps that will clear a path to achieve the true potential of the agribusiness sector of the economy.

The Group Head said “With our roster of esteemed partners, the value of a gathering like the ASA to the Nigerian agribusiness sector and the economy becomes evident as the focus becomes stronger to make the most of the comparative advantages Nigeria has to help the country reach its potential”.

Obikanye said the summit, will among other focus areas; deepen the conversation on Africa’s small-scale primary producers who make up more than 60% of Africa’s farming population and produces over 90% of our domestic output.

He reiterated the fact that Nigeria and Africa at large need to step up their import substitution drives by producing and sourcing locally at least 70 – 80% of the raw materials to revive our industries and create jobs for our teeming populations.

According to him, this would boost mechanization, the acquisition of inputs, and operator expansion among those involved in the value chain and result in higher output.

The Group Head explained that the summit will seek to explore the practicability of sustainable storage and power solutions at scale to drive aggregation and processing for value multiplication as the bedrock for services built around the sector’s output.

According to him, it is more important than ever to capitalize on the opportunities built into the African Continental Free Trade Area (AfCFTA) to create a regional market for Nigerian goods.

He added that the summit will also present innovation across pillars of technology and production techniques to spark interest and subsequently drive investments in sectors with the potential to accelerate the sector’s growth.

Besides this, the summit will also drive the use of the Pan-African Payment and Settlement System (PAPSS), which is the key value-delivery mechanism of trade within the region.

He remarked that the Nigerian economy has immense and unrealized potential in her primary production sectors to attain a Gross Domestic Product (GDP) estimated to be in the region of $440 billion, noting that recent global events have drawn attention to the volatility of the primary source of foreign exchange for the Nigerian state, along with the country’s ability to retain the value of her currency, maintain stability and a year-round supply of commodities, provide employment to afford goods and services, and create value to drive economic growth.

Dr Obikanye pointed out that the economies of some of the most developed countries in the world shared many similarities in their path to prosperity.

He continued by saying that regardless of whether an economy is based on extraction, processing, trade, services, tourism, or technology, each one typically takes advantage of its distinct gifts in some combination of the following factors that spur economic growth: land, labour, capital, and entrepreneurship.

The Group Head remarked that beyond these factors, is a pivotal element of deliberateness, where the emphasis is on implementing a turnaround with the existing assets.

He noted that the more established economies of the world will always be a reference point for other nations due to the robustness of their primary, secondary and tertiary sectors and their eventual diversification into knowledge-driven economies.

He noted that these super-economies have an underlying foundation that is typically a robust extractive and production sector that serves as the cornerstone for almost all other layers of value creation in such markets.