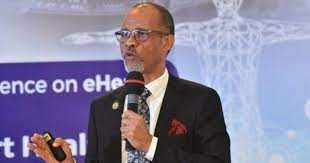 The Commissioner for Health, Lagos State, Prof. Akin Abayomi, says that Tuberculosis (TB) can also come from the animal kingdom through cows.

Abayomi said this on Thursday in a webinar, organised by Stop TB Partnership Nigeria, in collaboration with the National TB and Leprosy Control Programme, Economic Summit Group (NESG), and Anadach Consulting Limited.

Quoting experts, the News Agency of Nigeria (NAN) reports that tbhub.uk Bovine Tuberculosis (TB) is an infectious disease of cattle. It is caused by the bacterium Mycobacterium bovis (M. bovis) which can also infect and cause disease in many other mammals, including humans, deer, goats, pigs, cats, dogs and badgers. In cattle, it is mainly a respiratory disease but clinical signs are rare.

Evidence of bovine TB is most commonly found in the lymph glands of the throat and lungs of affected animals. This means that the bacteria, which cause the disease, are mainly passed out of the infected animal’s body in its breath or in discharges from the nose or mouth.

Infection is mainly through inhalation or ingestion of the bacteria. Contaminated food and water can also be a source of infection.

Bovine TB is transmitted between cattle, between badgers, and between the two species. Cattle can spread this disease to other cattle:directly via respiratory route , directly via infected milk, directly before birth through the placenta and indirectly via environmental contamination.

Badgers can spread this disease to other badgers directly via close contact, including intimate contact between mother and cub.

The commissioner noted that the state Ministry of Health has continued to work to ensure that the cows which come into the state are void of the disease as this can also affect humans.

He stressed that when TB is neglected in the state, HIV is affected, noting that TB awareness is therefore crucial as the disease is a significant cause of ill health and death in the State.

He added that the state governor is committed and would go to any length to address the challenge of under-diagnosis of TB in the State.

in his welcome address, Mr. Niyi Yusuf, vice chairman, Nigerian Economic Summit Group (NESG), said that the private sector in Nigeria has a track record of supporting disease control/eradication efforts, such as in the fight against polio and malaria, where private sector coalition has contributed to achieving significant health gains, including the eradication of polio in Nigeria.

Yusuf said that engaging the private sector to accelerate TB control in the country, which ranks sixth globally in terms of its TB Burden, is key as it holds promise for the promotion of a healthy workforce and safe workspaces.

“By increasing organized private sector awareness and involvement in TB control, staff screening and detection by occupational physicians can be encouraged while private sector insurance plans or medical retainership/financing can incorporate coverage of TB services,” he explained.

Chukwu noted that there is the need to elevate advocacy to the private sector to make TB a vital issue to be talked about at workplaces and health talk shows.

According to him, “you cannot protect the workplace if you cannot control the community as regards the spread of TB.

“Nigeria is showing the momentum through organizing this important webinar on Private Sector Collaboration in areas on TB in the commemoration of the world TB day 2022.

She stressed the need for the country to scale up its TB services by the private sector and the government of Nigeria.

Mr. Danladi Verheijen, Managing Director, Verod, stated that the private sector should include TB in a Health maintenance organization (HMO) for staff members.

Verheijen stressed that some health care workers were of the opinion that TB has been eradicated in the country, adding that they should treat people with caution.

NAN quoted organisers as saying that the objective of the workshop, is to facilitate a platform to bring together partners from multiple sectors to join the fight against TB, to increase public awareness, especially in the private sector, on TB case detection and treatment in Nigeria.

It is also to inform policy makers, captains of industries, thought leaders and other stakeholders about the importance of ending TB towards improving productivity as an enabler to successful economic reform and to also engage private sector to provide funding and support to end TB in Nigeria. (NAN)