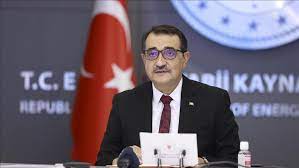 Turkey has opened talks with Nigeria and Libya as it seeks alternative sources of gas the country’s minister for Energy Fatih Donmez has said.

The country also wants to engage in production activity in counties from which it buys natural gas or oil,

Studies are already underway to identify the location for a third nuclear plant.

“This is our new energy strategy. We consider establishing partnerships with those countries to acquire a share in the production of natural gas or oil. We have been receiving offers, particularly from Africa, since we have increased our operations capabilities in the seas,” Donmez said.

“Those countries look very favorably upon this idea and we have invited them to our country. We can act together with friendly nations,” he said, unveiling the new energy strategy in a press meeting.

Donmez noted that they raised the issue with the United Arab Emirates last week.

“We traveled to Indonesia and Malaysia. In Malaysia, we discussed the prospects of natural gas exploration and cooperation.”

Türkiye has played an important role over the past years in strengthening energy supply security for neighboring countries, Donmez added.

“While improving our own infrastructure, we have secured new resources. We are buying natural gas from Russia, Iran and Azerbaijan.”

Türkiye has also increased its LNG capacity by putting two FRSUs (Floating Storage Regasification Unit) in use in addition to the already existing two LNG land terminals and a third FRSU will be launched in Saros, he noted.

Donmez stressed that Türkiye may further diversify its suppliers of natural gas.

“The Gulf countries may deliver gas here. Israeli gas can arrive here, and we may buy gas from Nigeria. We are in talks with Libya.”

The minister added that all natural gas storage facilities were full as of the end of September and ready for the winter. “They will be used if problems with deliveries via pipelines may occur.”

He also said that work is ongoing to determine the location where the country’s third nuclear power plant will be established. “The likely location is the Thrace region,” Donmez added. Construction of the Akkuyu Nuclear Power Plant continues at “full speed,” he said, recalling that a second nuclear plant is planned to be built in the province of Sinop.