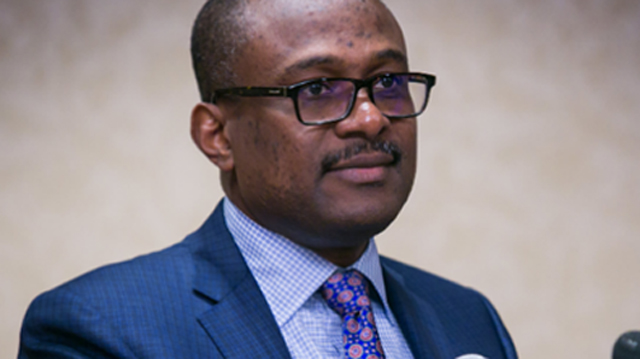 In this interview with the media, the Executive Secretary of the Nigeria Content Development and Monitoring Board, NCDMB Simbi Wabote, speaks on his achievements in the last 6 years. YEMISI IZUORA reports If I just extrapolate in terms of the yearly spend before now in the industry, it is put at $21 billion year-on-year. So, today, we have clawed back $7 billion of industry spend into the country every year. A typical example is the Egina project. Egina which is almost $21 billion, majority of the fabrication was done in-country including topside integration, which was never done in Africa. Egina, like you know, is the largest FPSO in the country today – 200,000 barrels of oil per day. That’s huge in terms of its production, and it was integrated here in Nigeria. So, we have clawed back almost $7 billion. Our aim is to get $14 billion into the country with regards to our 70 per cent by 2027, because the truth is, you cannot achieve 100 per cent Local Content. It’s not possible because you also have to depend on a lot of countries in terms of intellectual property rights, and you cannot manufacture everything. So, that 30 per cent we are leaving is for what we get outside. What used to happen was that 95 per cent of everything was done outside this country, and we have been pushing the envelope, and now, we have attracted this much in terms of monetary value and in terms of percentage.

From when to when was this $7 billion achieved?

From 2010 to date. There is need for clarification here. The $7 billion is not the Foreign Direct Investment, it’s different. What we have done is that we have retained that $7 billion in the country. What Foreign Direct Investment in the oil and gas industry has attracted for that period is almost over $60 billion. I have mentioned Egina, I have mentioned other projects that are ongoing. But the retention is about $7 billion year-on-year in terms of the $21 billion that you spend in the industry. So, it’s important to differentiate these two things. In July this year, NCDMB unveiled the Seven Ministerial Regulations to promote Local Content compliance and implementation. How are the oil companies responding to this new regulations?

I think the regulations in themselves are not new in terms of implementing the Local Content Act as it were. The regulations only try to address some of the lacuna that we saw within the NOGICD Act. An example of such lacuna is the process of prosecution. If you look at the Act itself, it says that, upon conviction, the decision is to cancel the project or to fine the culprit as it were. But when you look at the word, ‘upon conviction’, which means you have to go through the court processes and that will take eternity to get a conviction of any culprit who have breached the provisions of the Act. So what the regulation did was to come up with administrative sanctions as a way of ameliorating that legal process in order to get a conviction. So most of the regulations are not new. It’s only trying to fine-tune the lacuna that we saw. I think they (oil companies) embraced it because it’s not new to them, and some of the questions they have been asking in the past, which of course, we have answered.

Also in that same July, during the 2022 Nigerian Oil and Gas Conference in Abuja, NCDMB and the National Insurance Commission (NAICOM) also unveiled the Insurance Guidelines for the Nigeria oil and gas sector. What informed this initiative?

If you checked the Local Content Act itself, it pays a lot of premium to insurance of the oil and gas business. But overtime, we have been trying to get the insurance companies on board to take an active role in providing the desired insurance for the sector. But the oil and gas business insurance is also a bit capital intensive. So, most of the local insurance companies overtime are not able to take on that insurance challenge because of the capital involved. I will give you an example. The Egina FPSO was built with about $21 billion. Imagine you ask a local firm to insure that for you. If you put all the insurance companies together, they will not be able to insure that. But we then realised that the regulatory agency in the insurance area has been trying to increase the capital base of insurance companies and it has come up a bit. So we felt it was time to work with them actively to enforce the provisions of the Act when it comes to insurance. Hence those guidelines on how we will go through to actualise insurance, re-insurance, as the case may be.

NNPC is now a limited liability company operating under the Companies and Allied Matters Act (CAMA). How would this new status affect its Local Content practices?

I think, if for anything, it will enhance its local content practices because before now, it was seen as part of government. You cannot see two government entities wrestling on the pages of the newspapers. But now, it’s a private entity and they themselves know that to be able to go out there to borrow money, access funds, you need to be very clean with regards to corporate governance processes. You need to obey the laws of the land and you need to be compliant with the laws that you have in the country and outside this country too, to be able to access funding, which they will do. So, the onus is on them to realise that, as a private company, you need a bill of clearance from most of the regulatory agencies to be able to access funds, and the onus is also on them to do everything they can to comply with those requirements. So, it will be better going forward. Like you know, they are trying to get themselves together, having become a limited liability company, there are lots of processes. So, we are also watching, giving them time to get themselves together and self regulate because people are out there watching to see how they will operate. Since you became the Executive Secretary of the Nigerian Content Development and Monitoring Board six years ago, you have been credited with several achievements. Which of these achievements do you consider most strategic?

I think the most strategic for me, if you look at the software issues is the development of the 10-Year Strategic Road Map. That to me is very strategic in the sense that taking over as the executive secretary of NCDMB, I needed to know where the organization was. I needed to ask myself, where do I want to take the organization to in the next 10 years? So, we then had to sit down, got a couple of consultants and evaluated the current state of the organization since it was established from 2010, up until 2016. What has it achieved? Has it achieved its objectives? Thereafter, we had to say, where do we want to be in the next 10 years? Which now gave us a clear roadmap on the things that we needed to do. So, for me, knowing where we are and trying to understand where we want to be, is the most strategic software issue that we’ve been able to achieve.

On the hardware issue, the most strategic has been, completing our head office building, which is a 17-storey floor building, which we did complete on record time, despite the COVID challenge, despite all challenges that we faced. In four and half years time, we were able to complete that project and moved into that building, and currently, we’re using it. So, for me, those were extremely strategic if you want to ask me of the most strategic as it were.

Since when the Local Content was still a mere policy under the then Nigerian National Petroleum Corporation to date, there has been targets to achieve 70 per cent by 2010. Where are we today?

When the Local Content law came into being, the industry took an evaluation of where we were and came to the generalisation that we were at just about five per cent in terms of growing local content in the country. And today, we pride ourselves that we are about 47 per cent in terms of the growth of local content from when it was enunciated as a policy, it came as a law and up until date. In 2016, we found ourselves around 26 per cent in terms of growth, but today, we’re at 47 per cent, which is a significant achievement when you look at the process of local content development, which we always say, is a marathon and not a sprint. It takes time, it takes perseverance, it takes consistency, it takes focus to be able to develop local content in the oil and gas industry, which is highly technical intensive. So, when you give all that and you look at where we’re today, after about 12 years of operating the Act, you would agree with me that we have made substantial progress.