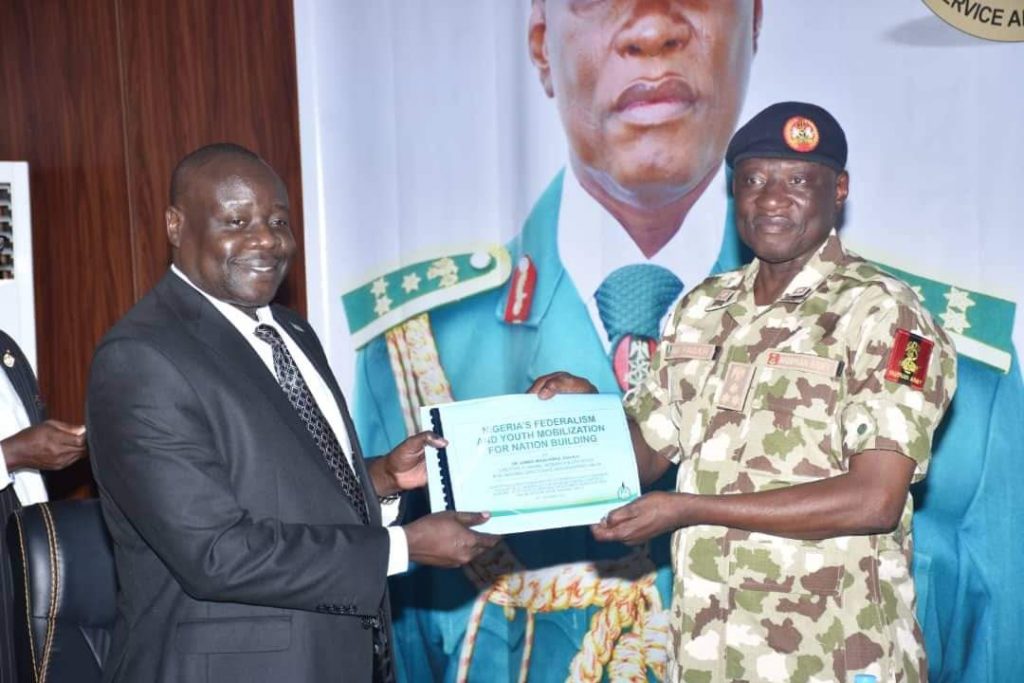 The Director General who described the visit as historic said the NYSC has been a veritable tool for national development since its inauguration in 1973.

According to him, the Scheme remains Africa’s oldest surviving Scheme which has continued to live up to expectations and has well stood the test of time and if replicated in Sudan, which has similar civil war history like Nigeria, it will go a long way to further unite the various ethnic groups in the country.

Speaking further, Fadah said the Scheme is worthy of emulation as youths are at the center stage of every developing nation and the need to equip them with national ideals and skills cannot be over-emphasized.

The NYSC Director General thanked the visiting delegates for finding the NYSC as a reference and called on them to visit the National Directorate Headquarters as the Scheme is ever ready to render all necessary assistance at all times.

Earlier, the spokesman of the Sudanese delegates, Hon Losuba Ludoru said they were in the country to understudy Nigeria’s Federal System as well as the operations of the NYSC for replication in their country.

According to the spokesman, South Sudan has a huge youth population and has just come out of civil war not long ago, hence the need to replicate the NYSC in Sudan will assist in youth management for national growth and self reliance.

Speaking further, he said Nigeria is a big brother in the African continent that has supported Sudan in the wake of the Sudanese civil war and the country holds Nigeria in very high esteem.

Honourable Losuba Lobaru thanked the Director General and his management team for the warm reception accorded them.

Highpoint of the visit was the presentation of a paper titled; “Nigeria’s Federalism and Youth Mobilisation for National building”, by the NYSC Director of Planning, Research and Statistics, Alhaji Ahmed Wada Ikaka.