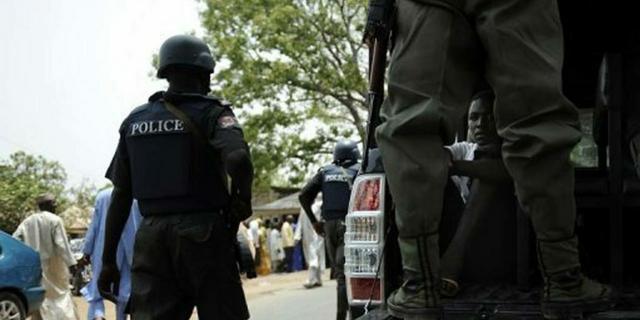 The Edo State Police Command has narrated how kidnapped students of Naval College of Engineering, Sapele, who travelled in an 18-seater bus from Kaduna to Sapele, were rescued.

In a statement spokesman of the Command, Bello Kontongs, said the bus was intercepted by hoodlums, suspected to be kidnappers, along Ekpoma-Benin Road at Iruekpen in Esan West Local Government Area of Edo State.

The operatives of the Command received the information, swung into action and rescued thirteen of the victims, while one came back from the bush on her own the following day.

Kontongs said, five of them are still with the kidnappers and strong efforts have been put in place to rescue the remaining five victims.

He denied other reports indicating the alleged kidnap of seven Naval officers said to be travelling from Kaduna to Delta State, along Benin-Sapele Road.

The report which he described as fake further stated that the Edo State Police Command rescued Five of the victims and two of them are still with their abductors, that efforts are on by the operatives of the command to rescue the remaining two.

“The Command wishes to refute this fake and misleading news that is capable of pitching the Navy against the police and to also divert attention of the two security agencies from doing their work of protecting lives and property.

“To set the records straight and for the information of the general public, I am the Police Public Relations Officer of the Edo State Police Command. None of the reporters of RIMF crime channel or News Express visited me in my office or called me on the phone to confirm any story. ” he said.

The Command. therefore, enjoined the general public to disregard the fake and misleading news, orchestrated by mischief makers to pitch the Navy against the Police and further creating tension among  commuters and motorists.