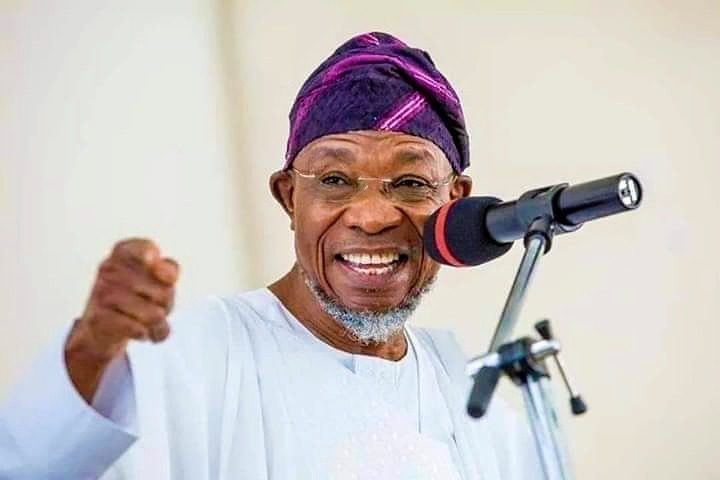 Minister of Interior, Rauf Aregbesola, is worried that more than 14,000 passport applications have been processed and awaiting collection by the applicants.

Aregbesola stated this Tuesday evening during a virtual event organized by the Lagos-based Proumou Media Consulting with the theme, Africa: Interrogating the Leadership Questions.

He argued therefore that reports about scarcity of booklets could no longer be justified adding that he just completed a tour of the passport centres around Lagos and Ibadan in the South-West part of Nigeria alone.

Aregbesola said he was shocked to discover that more 14,000 passports were in the custody of passport offices with owners not showing up for collection.

He said, “I will leave this to the Comptroller General of the Immigration to do a specific response to this latest by Thursday. We just completed a round of passport stations in Ibadan and Lagos. Ibadan has only one station while Lagos has three passport stations. And what we found out was amazing. We found out that there were over 14, 000 uncollected passports between Ibadan, Alausa, Festac and Ikoyi stations.

“So, if there is such scarcity of booklets as falsely and commonly believed, would we have over 14,000 uncollected booklets? So, I want to use this medium to let Nigerians know that we have more than enough booklets.”

The minister said although there are little challenges of indiscipline among some officers which his ministry is working hard to correct, he added that his ministry suspended processing of new passports applications from the 18th of May till May 31 of this year in order to give room for the clearing of all pending applications.

He added that as part of strategic efforts of his ministry to ensure stress-free passport processing, a new regime of productions and collections would take effect from June.

“Our plan is to clear all backlogs of passport applications up until the 31st of this month of May. From the 1st of June, a new regime of passport issuance will come up. And the real gist of that is that every applicant in our passport offices will have to wait for six weeks and within that period, should there be any issue with your application, you will be contacted and informed. And certainly by the end of the sixth week, your passport would be ready for you to collect or taken to you if you so desire or to any designated spot that you

would have indicated in your form. We are changing the entire process to a seamless, minimal, person-to-person contact option. So, corruption will be minimized if not totally eliminated,” Aregbesola concluded.