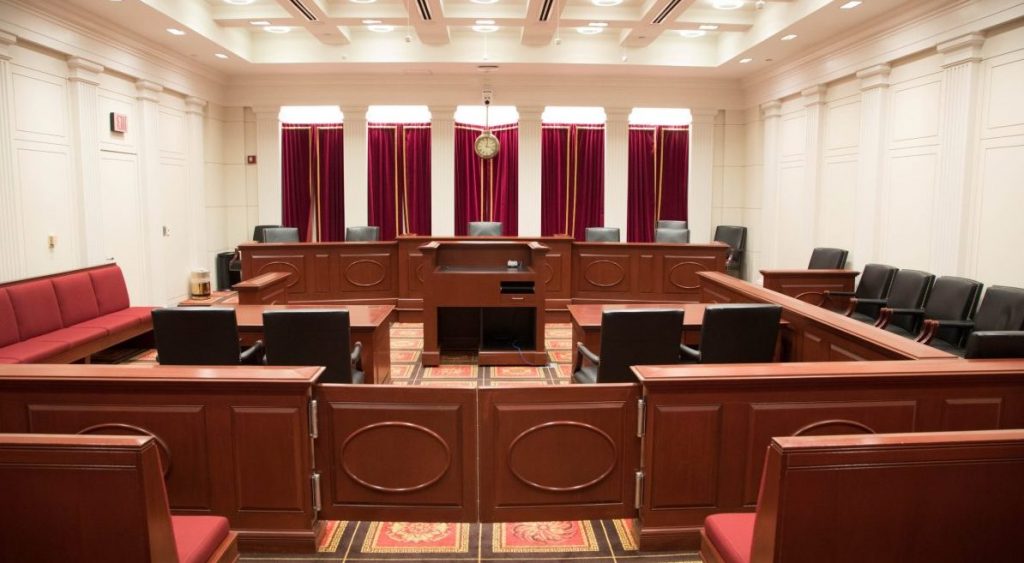 Two men, Torhemba Tyokyaa and Tartenger Ahemba, were on Friday arraigned in a Makurdi Chief Magistrates’ Court, for alleged intimidation and robbing two orphans of their late father’s phone.

Tyokyaa and Ahemba, who are of various addresses in Makurdi Local Government Area of Benue, were charged with criminal conspiracy, criminal trespass, criminal intimidation and robbery.

The prosecutor, Insp. Godwin Ato, told the court that one Josephine Ashi, filed the complaint at the ‘B’ Division Police Station, Makurdi on Oct. 2.

Ashi told the police that she and her sister, Hembafan, were in their late father’s house at Owner Occupier Extension, Makurdi, on Oct. 2, when the defendants, in company of two other men, stormed the house.

She said the defendants demanded that their late father’s Toyota Camry Muscle 2010, be handed over to them.

She said following their refusal to comply with the demand, the defendants and their accomplices started beating them.

The complainant further stated that while beating them, the defendants also threatened to burn down their father’s house if they refused to surrender all his property to them.

Ashi said they started shouting for help, and when neighbours rushed in to their rescue, the gang snatched their father’s OPPO Android phone, valued at N96,000, and drove off in a green gulf wagon, with registration number KAL 120 PT.

The prosecutor said the defendants were arrested during police investigation, and the others were still at large.

However, the Chief Magistrate, Mrs Roseline Iyorshe, did not take the plea of the defendants for want of jurisdiction.

Iyorshe granted the defendants bail in the sum of N500,000 each, and a surety each in like sum, and adjourned the case to Dec. 14, for further mention. (NAN)