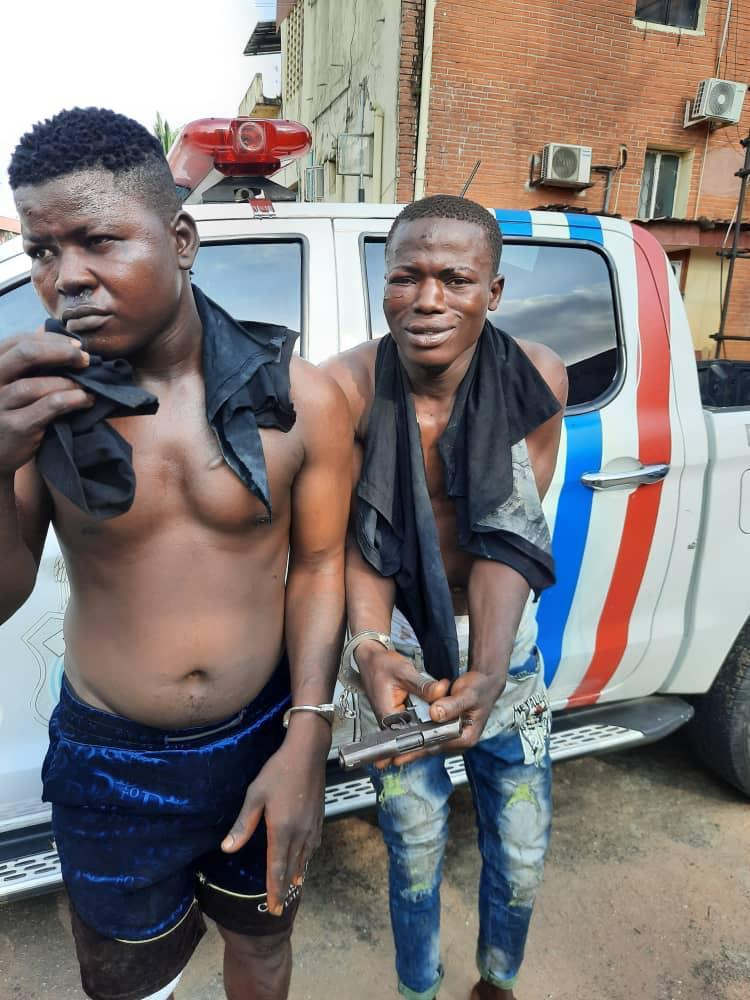 Following sustained surveillance patrols as part of proactive strategies for crime prevention and control around suspected flashpoints and other areas in Lagos  State, operatives of the Rapid Response Squad (RRS), have arrested two (2), armed robbery suspects at the wee hours Monday August 9, 2021 along Akowonjo Road, Alimosho.

The suspects who are both from Imo State were intercepted while  driving a suspected stolen Lexus jeep (LSD 666 GK), suspiciously along Akowonjo Road by the RRS operatives who trailed them to the point of arrest at Egbeda area of the State.

They are suspected to belong to a dare devil armed robbery gang responsible for the spate of armed robbery in Gowon Estate, Festac, Lekki and other areas in the State.

Upon interrogation, the suspects claimed to be members of the Aye Confraternity.

The Commander of the Lagos State Rapid Response Squad (RRS) CSP Olayinka Egbeyemi has immediately transferred the two suspects to the Special Squad of the Command for further discreet investigation in line with the directive of the Lagos State Commissioner of Police, CP Hakeem Odumosu.