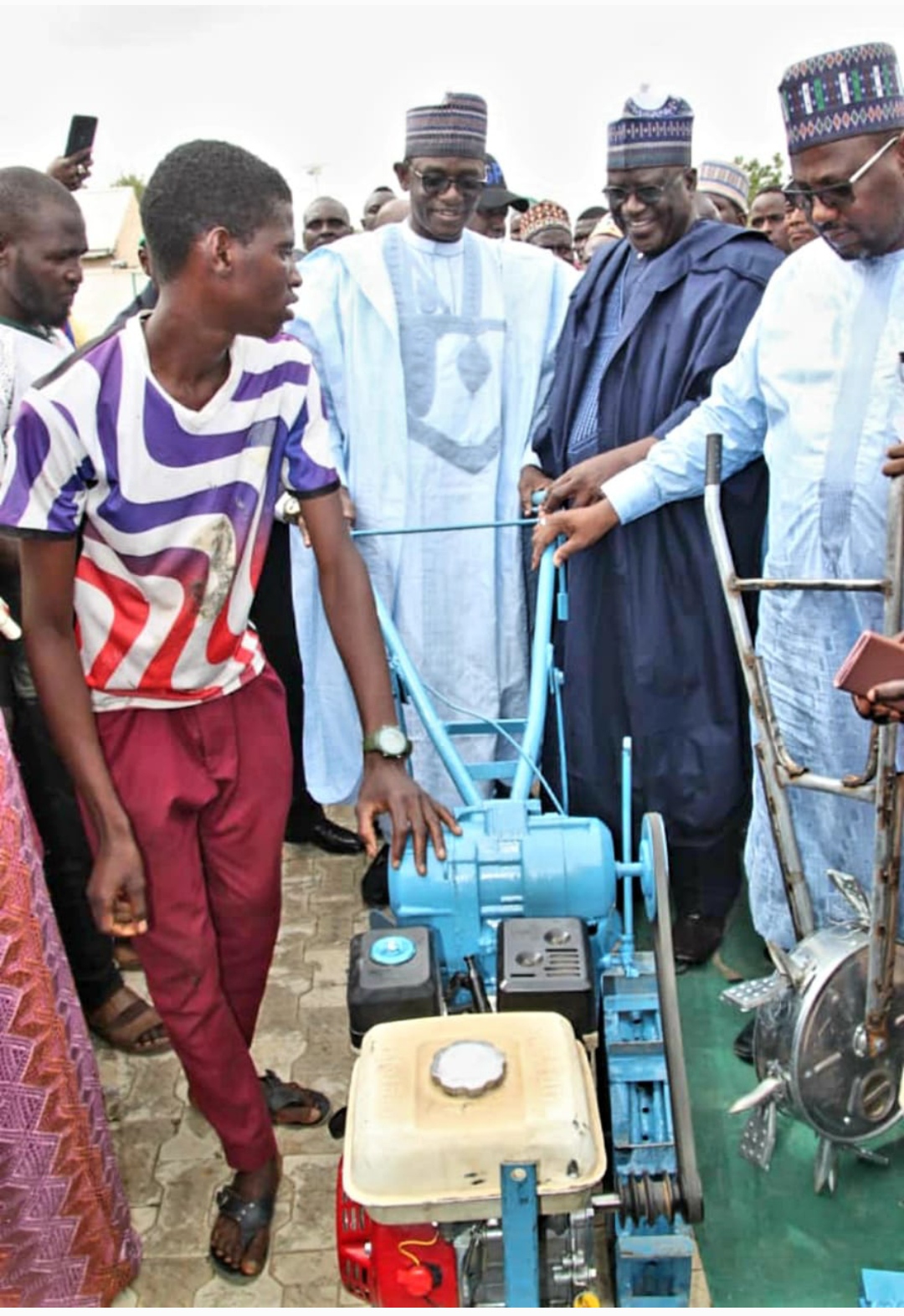 The News Agency of Nigeria (NAN) reports that Maigari and Mohammed are students of Government College, Gashua.
Presenting the cheque to them at a brief ceremony in Damaturu, Buni said the largesse was meant to motivate the young students.
He further hoped that the gesture would help to encourage local invention among the people of the state.
The governor said that agriculture remained the major pre-occupation of Yobe people.
“This administration will, therefore, continue to give the sector the priority attention it deserves.
“We shall also be in tune with the Federal Government’s policy on agriculture as one of the most important sectors of the nation’s economy,” he said.
Responding on their behalf, Maigari thanked the governor for the donation.

He promised that they would use the money to upgrade the machines. (NAN)

Human Trafficking: Osinbajo calls for collaborative efforts of all stakeholders