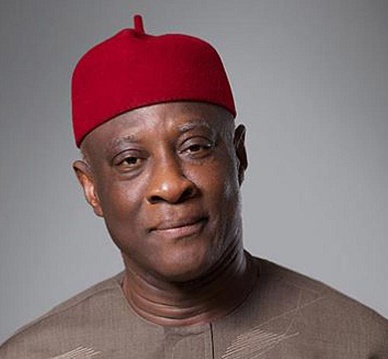 The Chairman and Chief Executive Officer, Integrated Oil and Gas Limited, Emmanuel Ihenacho, has set new date for the completion of the Eko Petrochem Refinery project.

The firm which owns the project said the project would be by the middle of 2023 as part of efforts to boost local refining capacity.

Iheanacho, disclosed that the refinery, has so far gulped over $20 million after acquiring the Authority to Construct (ATC) license from the Federal Government.

He stated this during the courtesy visit of the Ministry of Petroleum to its facility on Tomaro Island in Lagos.

“We have been at it for about five years and I now understand why those who started before us could not finish on time because they were subjected to the same constraints that we had to endure, but I can tell you that we are working hard on it all the time and all things being equal, we might be completing the factory in the next two and half years,” he said.

Iheanacho said the refinery is estimated to cost about $200 million, considering recent changes in regulations that stipulate that the production of diesel or fuel must meet the Euro 5 standards.

“We had to articulate from the beginning, to define the market we are going to operate in, articulate banking feasibility proposals which show the banks and other financiers that there is indeed a business to be laid. In terms of financing the project it has not been easy. We have spent a lot of money thus far and we still have to spend a lot more money before we absolutely complete and commission the refinery.

“It is important the Ministry comes to see those who they are supporting to see if they are doing the right thing or not, so the visit is really timely. I am quite sure that they are pleased with the level of work done so far.”

According to him, to restructure the Nigerian economy and put an end to the dependence on third parties for the nation’s energy requirements, boosting local refining capacity must be achieved as it would create job opportunities and wealth for the country.

He also urged the government to create special funds for people involved in strategic investments such as this, pointing out that the instability of the naira to the dollar remains a bottleneck for the Nigerian investment climate.

“The Nigerian National Petroleum Corporation (NNPC) acquiring 20 per cent equity in Dangote refinery, is a welcome development and we think it is good and timely. We are also looking forward to getting that kind of help from the government where they can take a certain equity in our investment,” he said.

The Director, Upstream, Ministry of Petroleum, Kamoru Busari, stated that the investment is in line with the present administration’s drive to increase the nation’s local refining capacity, which started from 2019 to 2023.

He added that the Federal Government has awarded the completion of the Port Harcourt refinery with plans to also complete both Warri and Kaduna refineries.