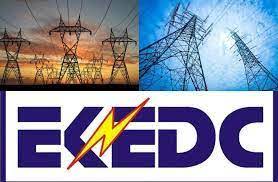 Despite incessant system outages attributed to Transmission Company of Nigeria, TCN and power generation hiccups ostensibly due to gas supply shortages and vandalism, the company entered into 100MW power supply agreement with the Nigeria Delta Power Holding Company, NDPHC, as well as other supply partnerships with IPP (Viathan, VI Power, etc) to sustain supply within its network.

Speaking on challenges it faced and projections for the new year, Tinuade Sanda, Managing Director and Chief Executive Officer, MD/CEO of the Eko DisCo, said the company last year faced inadequate operational vehicles to clear faults but was able to secure approval to boost its fleet with additional 160 additional.

The firm also embarked on rehabilitation and replacement of aged and obsolete networks as well as augmentation, and also secured necessary approvals for 2 Fault Locators and accessories.

It also purchased and installed close to 200 new Distribution Transformers, and collaborated with relevant authorities to deal with incessant vandalization of EKEDP facilities / equipment

However, devaluation of the Naira has increased the cost of doing business, she said as she asked the Federal Government and the Central Bank of Nigeria, CBN to create a window for the Power Sector to access Foreign Exchange at the official rate since MYTO is determined by same.

Sanda, informed that apart from the firm recording its best ATC&C Losses of 15.69 per cent and 16.97 per cent in July and August 2022 respectively, it recorded the lowest annual average ATC&C loss of 23 per in 2022.

She also said the highest billing and collection figures of N14.9 Billion and N13.09 Billion in EKEDP history, happened both in December 2022

In addition the EKEDP took receipt of 150 transformers to ease the burden of overloaded transformers, as well as initiated round the clock technical shifts for Island and Lekki Districts.