2022 in review: Some of the major incidents related to offshore oil & gas 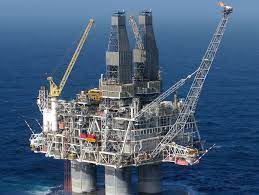 While action has been taken to minimise the risks of accidents on offshore installations and improve the safety of offshore oil and gas infrastructure, incidents still occur for various reasons. These incidents take place on drilling rigs, oil tankers, FPSOs, offshore support vessels (OSVs) and other related infrastructure.

Even though offshore safety is the primary responsibility of operators and individual countries, an accident in one country can cause physical, environmental and economic damage to its neighbours as well, while disruptions to oil and gas production and transmission could affect global energy supplies and markets. This is the reason why avoiding major accidents, limiting the number of incidents, and mitigating the effects of any unintended releases of hydrocarbons or other hazardous substances, are very high on the agenda for global oil and gas players and countries worldwide.

Countries around the world agree that accidents such as the 1998 Piper Alpha explosion in the North Sea and the 2010 Deepwater Horizon disaster in the Gulf of Mexico, illustrate the need for comprehensive safety measures. These measures range from taking steps to address the growing cybersecurity risks that these offshore facilities face, as they rely on technology to remotely monitor and control equipment, to issuing orders and punishing operators and contractors that do not meet and adhere to the requirements and rules set out by governments.

In light of this, the U.S. Department of the Interior (DOI) took steps a few months ago to bolster safe and environmentally responsibleoffshore oil and gas operations by proposing revisions to the 2019 Well Control Rule in a bid to safeguard the environment and offshore workers’ lives from disasters brought on by oil spills and blowouts. On the other hand, the Norwegian Government decided in September 2022 to heighten the emergency preparedness in relation to onshore and offshore installations, following reports about increased drone activity close to offshore installations on the Norwegian Continental Shelf (NCS).

Some of the common incident themes from 2022 entail gas leaks, oil spills, and various offshore workers’ injuries, including fatalities. Regarding those which had a higher number of fatalities, it is worth mentioning the FPSO Trinity Spirit, which was engulfed in flamesfollowing an explosion off Nigeria in February 2022. Ten crew members were on board at the time. Media reports claimed that this FPSO had been badly maintained and had technical issues.

Some of the other offshore incidents which had fatal outcomes include the death of a worker, which fell off a rig and into the water at a Kiewit Offshore Services’ yard near Corpus Christi in Texas; another worker died at Keppel Shipyard in Tuas following an incident when a section of the quayside gave way causing two workers to fall into the sea and a crane to tilt to the side. In addition, four casualties were reported, after a helicopter, carrying personnel from India’s government-owned company Oil & Natural Gas Corporation (ONGC), was forced to land in the Arabian Sea, close to the firm’s offshore rig.

Meanwhile, fires were reported at several FPSOs such as in a storeroom on board Altera Infrastructure’s FPSO Petrojarl Foinaven and aboard Equinor’s FPSO Johan Castberg. Most offshore exploration and production countries have set clear guidelines, rules and principles for operators to follow. The performance is then monitored and if issues occur, actions are taken accordingly, however, some issues may still slip through the cracks.

In line with regulating the offshore oil and gas industry, the Canadian offshore regulator, the Canada-Newfoundland and Labrador Offshore Petroleum Board (C-NLOPB), recently laid charges against Suncor Energy related to an incident from December 2019 in which a worker was injured on an FPSO operating off Canada. Prior to this, the C-NLOPB brought charges against the company operating the Hibernia platform off the coast of St. John’s, Newfoundland and Labrador in relation to an oil spill from this platform, which occurred in July 2019.

In November 2022, the Norwegian offshore safety regulator, the Petroleum Safety Authority Norway (PSA) disclosed that an investigation was launched into an incident involving a “serious personal injury” on a jack-up rig, working in the North Sea at one of the fields on the Norwegian continental shelf (NCS).

These are just the tip of the iceberg as the year behind us saw multiple offshore incidents connected with the oil and gas industry, but when it comes to those that made the headlines, a few stand out, as they attracted international attention. One of these was an alleged missile strike in June 2022 on three platforms operated by the Crimea-based oil and gas company, Chernomorneftegaz. At the time, satellite images indicated the fire was still visible at the site in the Black Sea and Russian officials claimed that the strike left behind several injured and missing persons.

Another incident with three unarmed drones, seemingly headed straight for a gas field off Israel and Energean’s new FPSO, took place only weeks after Lebanon warned Israel against any activity in the area, following the arrival of the Energean Power FPSO, as the Karish gas field was believed to be located within disputed waters where both states hope to develop offshore energy. These drones were taken down by the Israeli forces over the Mediterranean Sea.

Other incidents involving offshore workers also include an emergency evacuation via helicopter of a 60-year-old male worker from a Transocean-owned drillship located 189 miles south of Port Fourchon in Louisiana; and an injured crewmember, which was medevacked from an oil tanker approximately 58 miles southwest offshore Southwest Pass, Louisiana.

At the end of December 2022, the U.S. Coast Guard (USCG) decided to suspend the search for four people aboard a downed helicopter, which went down in the U.S. Gulf of Mexico while departing from an oil platform.

The last offshore incident on this list also occurred at the end of 2022. This tragic event, which took place on the Seafox Burj jack-up rig in the Persian Gulf, is currently being investigated by the Qatari authorities. All three workers involved in this tragic event, which resulted in the murder of one of the offshore workers on this oil rig and the attack on another, are believed to be British nationals. The third British national is suspected of committing both crimes.

There are no confirmed details about the circumstances surrounding these events, but media reports indicate that the dead worker’s body was allegedly discovered in a cabin with fatal injuries and wrapped in a bed sheet, while the second worker suffered an injury after being hit in the head. Source- Offshore Energy