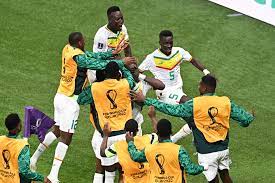 Senegal and Netherlands have scaled through to the round of 16 of the FIFA World Cup in Qatar.

Netherlands topped Group A with seven points, while Senegal are second with six points.

Ecuador and host nation, Qatar are the third and fourth with four points and zero point respectively.

The Netherlands on Tuesday sealed their fate after trashing Qatar 2-0 at the Al Bayt Stadium in Qatar.

For Senegal, Ismaïla Sarr scored the opener, before Moisés Caicedo equalised for Ecuador.

Kalidou Koulibaly scored the winner for Senegal in the 70th minute.