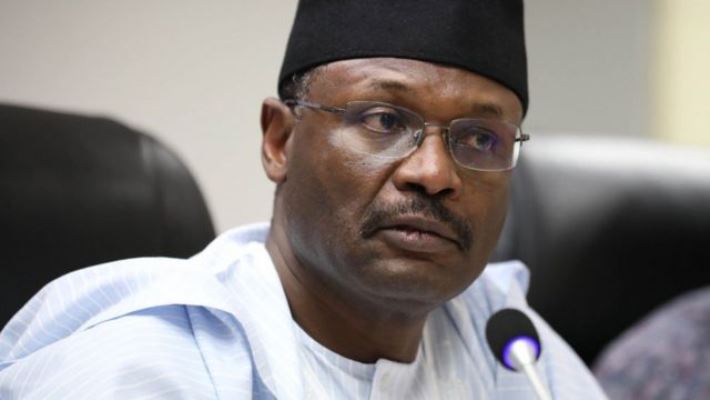 The Chairman of the Independent National Electoral Commission, INEC, Mahmood Yakubu, has assured Nigerians that every step is being taken to ensure transparency in the 2023 general elections insisting on deployment of its acquired technology to rid the process of any infractions.

Yakubu, at the third quarterly meeting with political parties in Abuja on Wednesday said the Commission has commenced the training of master trainers on election technology to ensure a seamless process.

He also would begin the same training at zonal level and subsequently train all the ad hoc staff for the 176,846 polling units nationwide.

The Chairman, further reassured Nigerians that there is no going back on the deployment of the Bimodal Voter Accreditation System (BVAS) for voter accreditation.

He also vowed that there is no going back on the transmission of results to the INEC Result Viewing Portal (IReV) in real-time on Election Day and there will be no Incident Form that enables ineligible persons to vote using other people’s Permanent Voters Cards (PVCs) during elections. “We are committed to ensuring that the 2023 General Election is transparent and credible, reflecting the will of the Nigerian people.” Yakubu declared.

“We are also making a steady progress in other critical areas of preparation for the election, including the provision of sensitive and non-sensitive materials, the recruitment of staff and planning for the movement of personnel and materials for the election.” he said.

According to him, The critical foundation for credible election is the voters’ register. You may recall that the CVR which started on 28th June 2021 lasted for thirteen consecutive months until its suspension on 31st July 2022. During that period, the Commission gave Nigerians regular weekly update showing the progress of the exercise nationwide, including analysis of the distribution of voters by age, occupation, gender and disability for our planning purposes and for public information.

At the end of the exercise, he said, 12,298,944 Nigerians successfully completed the registration as new voters, adding, “All along, we have repeatedly assured Nigerians that our process of cleaning up the register is robust. After a rigorous cleaning-up of the data using the Automated Biometric Identification System (ABIS), a total of 2,780,756 (22.6%) were identified as ineligible registrants and invalidated from the record, among them double/multiple registrants, underaged persons and outrightly fake registrations that fail to meet our business rules. Consequently, the number of valid registrations (post-ABIS) is 9,518,188.”

In addition, the Commission deployed thousands of diligent staff for the CVR exercise and the vast majority of them discharged their duties conscientiously. Unfortunately, a few of them did not.

“The fictitious registrations were carried out by some of our Registration Officers involved in the field exercise and could easily be traced. Each registration machine is operated using an access code tied to a dedicated e-mail assigned to a staff. There is therefore an audit trail that gives the total number of persons registered by each official involved in the registration exercise. In some case, some of them made as many as 40 attempts or more to register one fake voter. As a result, the Commission has so far identified 23 Registration Officers involved in this unethical conduct and disciplinary action has commenced. We shall continue to protect the integrity of our voters’ register. It is pivotal to credible elections. It is also a national asset and easily the largest database of citizens in Africa and one of the largest in the world.” added Yakubu.

Giving more details, he said, “The 9,518,188 new voters have been added to the existing register of 84,004,084 voters. The PRELIMINARY register of voters in Nigeria now stands at 93,522,272. It is preliminary because Section 19(1) and (2) of the Electoral Act 2022 requires the Commission to display the hard copies of the register of voters for each Registration Area (Ward) and Local Government Area (and simultaneously publish the entire register on the Commission’s website) for a period of two weeks for scrutiny, claims and objections by citizens not later than 90 days to a General Election. ”

In the next few days, he said the Commission will print 9,352,228 pages of the register.

The hard copywill be displayed for each of the 8,809 Registration Areas (Wards) and 774 Local Government Areas nationwide while the entire register will be published on our website for claims and objections as required by law.

The display of the physical register will take place at the designated centers from Saturday 12th – Friday 25thNovember 2022.

Further details, including the procedure for filing claims and objections, will be released by the Commission next week. I would like to appeal to all Nigerians to seize the opportunity of the display to scrutinize the list and help us to clean it up further so that the final register of voters for the 2023 General Election can be compiled and published.

The Chairman also said that the Commission is also working hard to ensure the completion of printing of remaining PVCs for new voters as well as those that applied to transfer or the replacement of their lost or damaged cards, adding “In the coming days, we will also inform Nigerians of the detailed plan to ensure a seamless collection of the PVCs. We are aware that Nigerians expect an improvement in the procedure for PVC collection. Since the end of the CVR in July this year, we have been working to ensure that citizens have a pleasant experience when they come to collect their cards.”

Beyond voter registration and the compilation of the voters’ register, the Commission has released the Timetable and Schedule of Activities for the three off-cycle Governorship elections in Bayelsa, Imo and Kogi States holding on Saturday 11th November 2022.

He again reminded them that only last week, the Commission cautioned political parties, candidates and their supporters to eschew violence during the electioneering campaign.

He said the statement was necessary against the background of clashes among supporters of different political parties, including allegations of denial of access to public facilities and the destruction of billboards and other outdoor campaign materials by acts of thuggery. “The campaigns have just begun. As party leaders, you should remain committed to peaceful electioneering. We will continue to work together to remove encumbrances to the right of parties and candidates to freely canvass for the support of the electorate. The Commission will continue to track the campaigns and will not hesitate to initiate the prosecution of violators as provided by law.” he assured.

Speaking further Yakubu said, “It is clear to the Commission that as the General Election approaches, there will be need to meet more frequently with leaders of political parties. We hope that in spite of your campaign activities, you will oblige us. In fact, we plan to invite you very soon for a discussion on political rallies and the issue of campaign finance, including the limits on expenses set by the Commission after consultation with political parties.”