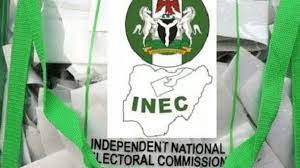 The Independent National Electoral Commission, INEC, has insisted that the general elections would hold as scheduled despite seeming security challenges.

To affirm its determination to conduct the elections as scheduled the Commission said, already, substantial quantities of sensitive and non-sensitive materials have been deployed to various locations across the country.

Also, the last batch of the Bimodal Voter Accreditation System (BVAS) has been received while the ongoing configuration of the critical technology in readiness for elections will soon be completed.

Equally, airlifting of other sensitive materials to States across the country are ongoing.

In addition, some of the materials for 17 States in three geo-political zones have been delivered. Furthermore, 13,868,441 Permanent Voters’ Cards (PVCs) have been printed, delivered to States and are being collected by citizens as new voters or by existing voters who applied for transfer or replacement of cards as provided by law. Similarly, following the display of the voters’ register nationwide and the conclusion of claims and objections by citizens, a new national register of voters has been compiled.

The INEC, stated that at no time in the recent history of the Commission has so much of the forward planning and implementation been accomplished 44 days ahead of a General Election.

Therefore, the Commission is not contemplating any adjustment to the election timetable, let alone the postponement of the General Election, said Mahmoud Yakubu Chairman of the Commission.

He recalled that on 26th February 2022, the Commission released the Timetable and Schedule of Activities for the 2023 General Election. Since then, the Commission has been relentlessly implementing the 14 step by step activities listed in the Timetable. Some of the major activities include the conduct of primaries by political parties, nomination of candidates, the publication of list of candidates and commencement of campaign by political parties.

While welcoming the party Chiefs at the meeting, Yakubu, said that with just 44 days to the 2023 General Election, electioneering campaigns are in full swing following your nomination of candidates for the 1,491 constituencies for which elections will be conducted this year.

“As you are no doubt aware, the Presidential election as well as elections for 109 Senatorial Districts and 360 Federal Constituencies will be held on Saturday 25th February 2023.

“Two weeks later, Governorship elections in 28 States of the Federation and all 993 State Assembly constituencies will be held on Saturday 11th March 2023. I want to seize this opportunity to thank the Chairmen and leaders of political parties for your sustained engagement with the Commission in particular and Nigerians in general on critical electoral issues.

“I want to reassure you that working together, we will sustain the tradition of regular consultative meetings with political parties and other critical stakeholders.” he said.

He said that the repeated assurance by the security agencies for the adequate protection of our personnel, materials and processes also reinforces the Commissions determination to proceed, adding, “The 2023 General Election will hold as scheduled. Any report to the contrary is not the official position of the Commission.”

As a further affirmation of the Commission’s readiness to conduct the 2023 General Election as scheduled, the Chairman said that the final register of voters has been compiled. “You would recall that for the 2019 General Election, Nigeria had a voter population of 84,004,084. After the cleaning up of the data from the last Continuous Voter Registration (CVR) exercise (June 2021 – July 2022), 9,518,188 new voters were added to the previous register resulting in the preliminary register of 93,522,272 which was presented to Nigerians for claims and objections as required by law. At the end of the period for claims and objections by citizens, the Commission received 53,264 objections from Nigerians to the prevalence of ineligible persons on the register by virtue of age, citizenship or death. These names have been verified and removed from the register.”

Yakubu, further added, “I would like to reiterate our commitment to transparent, credible and inclusive 2023 General Election. We will continue to take every step to protect the sanctity of the votes cast by citizens and to deal with infractions, including the arrest and prosecution of persons that attempt to perpetuate illegality at Polling Units on Election Day, be they underaged voters or vote buyers.”

He appreciated the patience of Nigerians who have been queuing up at the designated centres to collect the PVCs, saying, “To make it easier, we devolved the collection to the 8,809 Registration Areas/Wards nationwide. We have also uploaded the comprehensive list of the Ward collection centres nationwide to our website. The locations can also be identified by sending a short text message to any of the two dedicated telephone lines. The details are also available on the Commission’s website. ”

The Commission also appreciated the political parties, the leadership of the Inter-Party Advisory Council (IPAC), civil society organsations, development partners, traditional, religious and community leaders for their partnership and support in encouraging Nigerians to register and to collect their PVCs.

According to him, The best way to reciprocate this support and the dogged determination of Nigerians to vote is to ensure a transparent election next month. This remains our avowed commitment to the people of Nigeria.