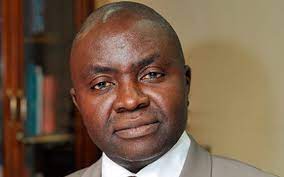 As Nigeria ends the year 2022 with fragile growth performance, the Chief Executive Officer, of the Center For The Promotion Of Private Enterprise, CPPE, Dr. Muda Yusuf, has said that government should take a firm stand on power sector reforms and full implementation of the Petroleum Industry Act, PIA, to unlock investments in 2023.

Reviewing performance of the economy in 2022 while also setting agenda for 2023, Yusuf, recalled that the poor growth performance was a reflection of the diverse headwinds bedevilling the Nigerian economy.

Yusuf, former Director General, DG, of the Lagos Chamber of Commerce and Industry, LCCI, however noted that in order to unlock growth and investment in 2023, the government must undertake some urgent reforms.

He posited that the enactment of the Petroleum Industry Act [PIA] was a major step towards the reform of the oil gas sector which promises to transform the sector through the creation of a legal and regulatory framework that would inspire much higher levels of investors’ confidence.

He said Nigerians would want to see greater commitment to the implementation of the PIA, adding that, “The deregulation of the petroleum downstream sector is a major economic reform imperative. This is inevitable if we must unlock investment in the sector and put an end to the perennial fuel scarcity and the monopolistic structure of the sector.”

He further notes the need to also consolidate the power sector reform.

Yusuf, said, “An enabling environment must be created to sustain current private sector investment in the sector and attract new private capital to the electricity sector. Urgent reforms are vital with respect to electricity tariff, metering and deepening of energy mix. We need robust incentives [fiscal and monetary] to boost private investment in renewable energy.”

He also urged adequate reform of the budget and appropriation processes to prioritise infrastructure financing and human capital development.

This in his opinion would boost productivity and competitiveness of the economy. “Adoption of these reform initiatives would guarantee progression towards fiscal consolidation, reduction in fiscal deficit, diminishing need for borrowing and abating debt service burden.” he said.