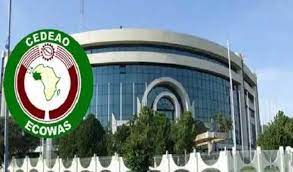 ECOWAS Commission, Inter-Party Advisory Council (IPAC) and other stakeholders have conducted training for political actors and agents on the use of dialogue and mediation as tools for preventing and mitigating election-related disputes and violence.

The training/workshops was christened: “Using Dialogue and Mediation as Tools for Preventing and Mitigating Election-Related Disputes and Violence”.

Other Political actors involved in the facilitation of the training are; Independent National Electoral Commission (INEC), Women Situation Room (WSR) and the Institute of Chartered Mediators and Conciliators (ICMC)

Giving his opening remarks at the Interactive Workshop in Lagos, Ambassador Aderemi Ajibewa (PhD), Director of Political Affairs, ECOWAS Commission said the training was planned as part of the ECOWAS Commission’s strategic support and intervention in the upcoming general elections in Nigeria.

“These training and interactive workshops target the leadership of the Inter-Party Advisory Council (IPAC) and other important stakeholders in the electoral process, including the Independent National Electoral Commission (INEC) and security agencies.

“The ECOWAS Commission has developed a Dialogue and Mediation Handbook, elements of which will be used to facilitate these planned training workshops, and with this, participants are expected to acquire practical techniques and skills for dialogue and mediation as important tools for the management of electoral conflicts through role-plays and simulation exercises.

“The specific goals for these engagements include creating the opportunity for participants to appreciate the ECOWAS normative principles and frameworks for transparent and peaceful elections; sustain and enhance ECOWAS’ strategic engagement with the political process in Nigeria; and also, as an indication of our commitment and preference towards using dialogue and mediation in resolving electoral disputes and conflicts.

Other goals include providing a platform for IPAC members and stakeholders in the electoral process to brainstorm and collaboratively identify contending issues around the forthcoming elections and the possible roles that we can play in mitigating potential electoral violence before, during and after the elections,” he said.

Ambassador Ajibewa added that the objective of the training and interactive workshops, scheduled to hold between November and January 2023, was to strengthen the capacity of key stakeholders in their efforts at preventing and mitigating potential pre- and post-election-related disputes and violence, in order to ensure peaceful electoral outcomes.

“The first of such workshops begins today, 22 November, 2022, here in Lagos, for the Southwest geopolitical zone. This will be followed by others planned for the rest of the country but to be conducted in other geopolitical zones.

“Our next stop will be in Kano (Northwest geopolitical zone), by middle of next month. We intend to proceed from there to other locations in January, ahead of the elections.” he said.

He commended the recently signed Peace Accord on the prevention of violence and promotion of issue-focused campaigns by Presidential Candidates and Chairpersons of political parties contesting the 2023 General Elections.

Ambassador Ajibewa said it is the believe of ECOWAS that if all candidates, political parties and their supporters and all stakeholders, resolutely live up to the content of the Accord and the Electoral Guidelines, we would indeed have a violent-free 2023 General elections.

He revealed that ECOWAS Commission organized similar skills enhancement and training workshops for selected peace actors, prior to the 2019 general elections.

“It is in this regard that the ECOWAS Commission has mapped out its plans to have these training workshops and interactive engagements with critical political actors and stakeholders in all the geopolitical zones to achieve maximum impact.,” he said.

IPAC Chairman, Engr Yabagi Yusuf Sani, a keynote speaker at the training said Nigeria has not reached its political el-dorado because of the violence, thuggery, bloodshed, palpable fear that usually accompany every election year.

He further commended ECOWAS for organizing the 4-day Training and Interactive Engagement With IPAC leaders from the southwest which he described as timely and a welcomed initiative.

“As Inter-Party Advisory Council (IPAC) Chairman, permit me to express my personal gratitude to ECOWAS for putting this together and giving me the privilege to present a keynote address.

“My keynote address will be incomplete and perhaps out of touch without the realities of the rising insecurity and the real threat it poses to the 2023 elections holding in Nigeria.

“Although President Muhammadu Buhari and the service chiefs have assured that the 2023 general election will hold in spite of the security threats to the exercise in some parts of the country.

“However, Nigerians are reportedly worried about the spate of insecurity in the country. There are fears too that the election may not hold in some parts of the country where insecurity is yet to be curtailed.

“The Independent National Electoral Commission (INEC), has even confirmed the distressing security situation in its recent disclosure that 242 polling units with 142,261 registered voters in 10 local government areas in Katsina State were under serious security threat and may likely be affected in the forthcoming general election.” He said.

Giving the statistics, the Chairman said reports credited to concerned civil society groups under the aegis of the Inter-agency Consultative Committee on Electoral Security (ICCES), indicated that INEC may be under constraint to conduct the 2023 elections in over 686 communities due to the activities of “unknown gunmen” across the federation.

“About 114 wards, mainly located in Kwara, Nasarawa, Niger and Plateau states are affected in the North-Central zone.

“With the festering insecurity in some parts of the country, the security of INEC officials cannot be guaranteed. This might have informed the recent alarm raised by the Chairman of INEC, Prof. Mahmood Yakubu.” he added.

Engr Yabagi Yusuf Sani said it is not in doubt that the government has done a lot in allaying the fears and assuring voters of their safety during the 2023 election adding that President Muhammadu Buhari has also directed the armed forces to curb the security challenges and crush the bandits and terrorists in the country by December this year.

“ECOWAS, the organizers of this interactive engagement at this critical period of the forthcoming 2023 elections must again be commended for not only providing leaders of IPAC opportunity to find solutions to the rising electoral campaign violences regarded as threat within the political class but a timeous forum to discuss avenues to tame the growing specter of banditry and terror which are serious existential external threats to the 2023 elections,” he said