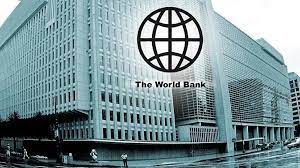 The World Bank, is not certain that Nigeria’s economy will progress as predicted.

While the Bank foresees growth in smaller African nations it declared that Nigeria’s economic growth is expected to slow down, predicting that the country will continue “to suffer from an underperforming oil sector.”

The World Bank also projects an impressive 2023 for Senegal’s economy, due to its thriving oil and gas industry.

Next year’s growth will surpass the country’s historical high of 8.9 per cent recorded back in 1976.

Senegal’s rise is attributable to a stronger export portfolio due to a pick-up in private investment in the mining sector with the first gas project coming onstream by the end of 2023.

The west African nation projects to earn $1.4 billion in oil and gas revenue by 2025, with its Greater Tortue Ahmeyim gas project set to produce 7.5 million tons of liquefied natural gas in the first and second phases.

Senegal’s growing mining sector produces phosphates, gold, mineral sand, manganese, and industrial clay that accounted for 40 per cent of the country’s export revenue in 2019. Its GDP stood at $27.6 billion in 2021 with a population of 17.9 million as of January 10.

Excluding Nigeria, the western and central Africa subregion is projected to grow at 5.0 per cent in 2023 (up from 4.2 per cent in 2022.) Nigeria’s economic growth is expected to slow down with the World Bank stating that the country will continue “to suffer from an underperforming oil sector.”

Sub-Saharan Africa’s GDP growth rate will rise to 3.5 per cent in 2023 and 3.9 per cent in 2024 but World Bank warns governments against sinking deeper into debt, which accounted for “59.5 per cent of GDP in 2022.” China was forced to waive debts for 17 African countries last year.

With many African currencies losing value against the US dollar in 2022, save for Zambia’s Kwacha, low export capacity and sustained inflation will cause economic difficulties for the continent in 2023.