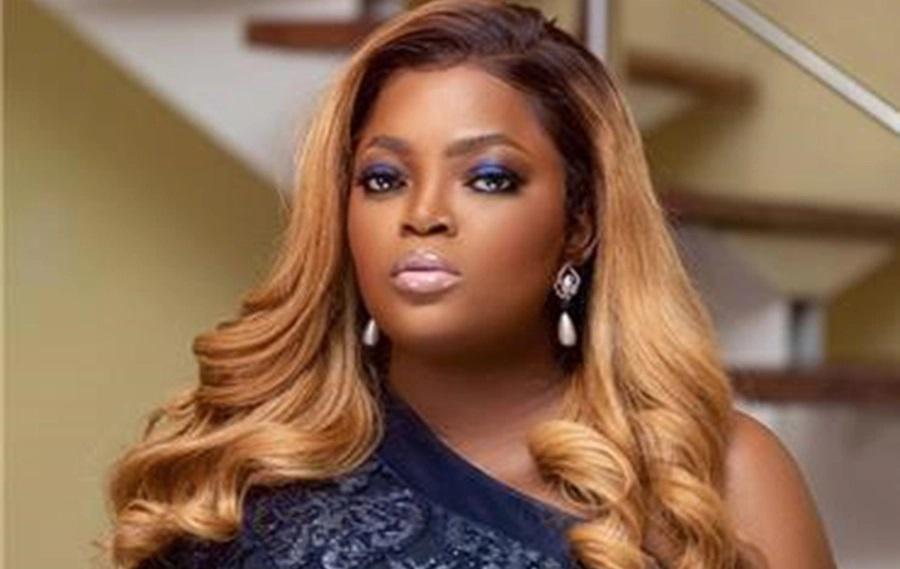 Akindele, who was unveiled by the Lagos state PDP on Tuesday at a carnival-like event that had the party’s candidates, leaders and members in attendance at Ikorodu, said her decision to join Adediran, popularly known as ‘Jandor’ was a huge sacrifice.

While expressing delight in the ticket, Akindele said she had abandoned her passion and carreer of 14 years in order to bring positive change to Lagos residents.

“Jandor has sacrificed a lot talking about young people passionately for over seven years to plan this project, abandoning his business to make a change in the state.

“So, I am going to put aside my career now, I am coming out for the women, the youths, we have talents in Nigeria, we need to explore what we have.

“We have both made sacrifices to join politics to bring positive changes to the people of Ikorodu and the state.

“We should build a state where our children can live rather than running and staying abroad.

” I am joining Jandor to bring a breath of fresh air to Ikorodu and Lagos,” she said.

Akindele, who noted that she initially ran away when nominated for the ticket, said God and the people promised to be behind her.

“I answered the call. We are the owners of Lagos, we will vote, win and rule the state.

“For the women, I am going there for you. For the youths and the children, I am there for you. We can do a lot for this state and country and make things work.

“We are youths, we can run, we have energy to fix Lagos state. For my Ikorodu people, I thank you, I will not put you to shame. PDP is taking over,” Akindele added.

Akindele said she joned the race to help tackle Infrastructural, health system and standard of education challenges in the state.

Presenting the flag of the party to Akindele, Mr Philip Aivoji, the Lagos PDP Chairman, said that it was time for PDP to take over leadership in the state.

“When the time of a thing has come, no one can cover it. By the power of God, we have come to light up Ikorodu and all parts of Lagos state.

He expressed hope that Adediran-Akindele’s ticket would rule the state for four years and when residents see their performance, they would not hesitate to reelect them for another term.

Speaking, Adediran, the 44- year- old PDP candidate said that his running mate was his age mate with passion to improve the condition of lives of residents.

Adediran said that both of them were already accomplished in their careers and had managed businesses and human beings before agreeing to bring a positive change to the people of the state.

“We have brought a breath of fresh air to the people of Lagos. My deputy is a brand that will connect to both the grassroots and the people in the cyber space.

“Formally, I want to present to you what we have Christened a Breath of Fresh Air. It is a clear departure from the norm,” Adediran said.

The News Agency of Nigeria (NAN) reports that in spite of the persistent rainfall, a huge number of PDP stalwarts and members gathered at the venue to unveil the star actress. (NAN)