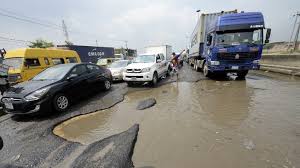 The National body of the Petroleum Tanker Drivers Association, an arm of the  National Union of Petroleum and Natural Gas Workers (NUPENG) has commenced training of about 2,500 tanker drivers  to reduce road accidents, while appealing to Federal Government to rehabilitate federal roads to ease petroleum products distribution by trucks across the country.

Mr Akanni Oladiti, the National Chairman of Petroleum Tanker Drivers branch of NUPENG said in Lagos that the training which was the sixth edition became necessary to reduce accidents associated with tankers on the roads.

Oladiti said  the recurring cases of accidents caused by tanker drivers across the country had forced the union to embark on the raining in the last six years.

He lauded the Federal Road Safety Corps (FRSC) Marshal and other traffic agencies for their support and collaboration at all times during the training.

According to him, the training has reduced the number of accidents involving tankers on Nigerian roads, yet, more needs to be done hence the continuous training of drivers.

“I also use this medium to thank government for developing the infrastructure in Nigeria. I also appeal to President Muhammadu Buhari to fix Nigeria roads.

“Nigeria roads are in deplorable condition and need urgent attention especially now that the raining season is gradually coming to an end,” he said.

Mr Tayo Aboyeji, the Chairman, Lagos Chapter of NUPENG said the essence of the training was to reduce the rate of accidents on the roads and also educate the tanker drivers on safety tips.

Aboyeji said the training had contributed to the reduction of road accidents  of tankers on the road, adding that today, tanker accidents had reduced drastically.

He said bad roads also contributed to the accidents that  occurred on the road, adding that a journey of two to three days to deliver a product,usually takes five days  due to the deplorable state of the roads.

He, however, said that the union was  managing  the situation not to affect the distribution of products to final destination despite the bad roads.

“As today, there is no gridlock in Apapa, the committees set up by the  Federal Government in collaboration with NUPENG have done a great job in addressing the problem in that area.

“Another major problem is truck park, the Orile truck park has been reduced by the rail construction and we do not have any place to park.

“We appeal to the State Government to assist in that direction. We only use the private truck park in Ogere in Ogun  but it’s not enough to contain all trucks,” he said.

In his remarks, Mr Samuel Obayemi, Assistant Corps Marshal, Zonal Commanding Officer, Lagos /Ogun of the FRSC,  charged the union on continuous training of their drivers to avoid frequent accidents.

Obayemi said  the training had reduced rate of tanker accidents on the roads,  adding that the Corps was working on data base to capture all drivers loading from depots to final destination for effective monitoring.

“We are charging them to start engaging their members in rigorous traffic trainings so as to meet minimum safety standards concerning their vehicles.

“It is very important to train and retrain them, to enable them follow the rules and regulations and to meet the road standard concerning their vehicles.

“This training is  done every year, which has impacted positively on the drivers’ conducts. We are here to give them safety tips on what is expected from them.

“We are creating a data base for both tankers and drivers that will capture them from loading to final destinations points.

“ Our personnel will also be deployed to depots, with the data base it will be difficult for any driver that is disqualified at one depot to go and load at another depot,’’ he said.

He said that one of the major problem with the drivers was giving truck to `Motor boys’ who do not know how to drive.