4 Dead, 5 Rescued As 2 Storey Building Goes Down In Lagos 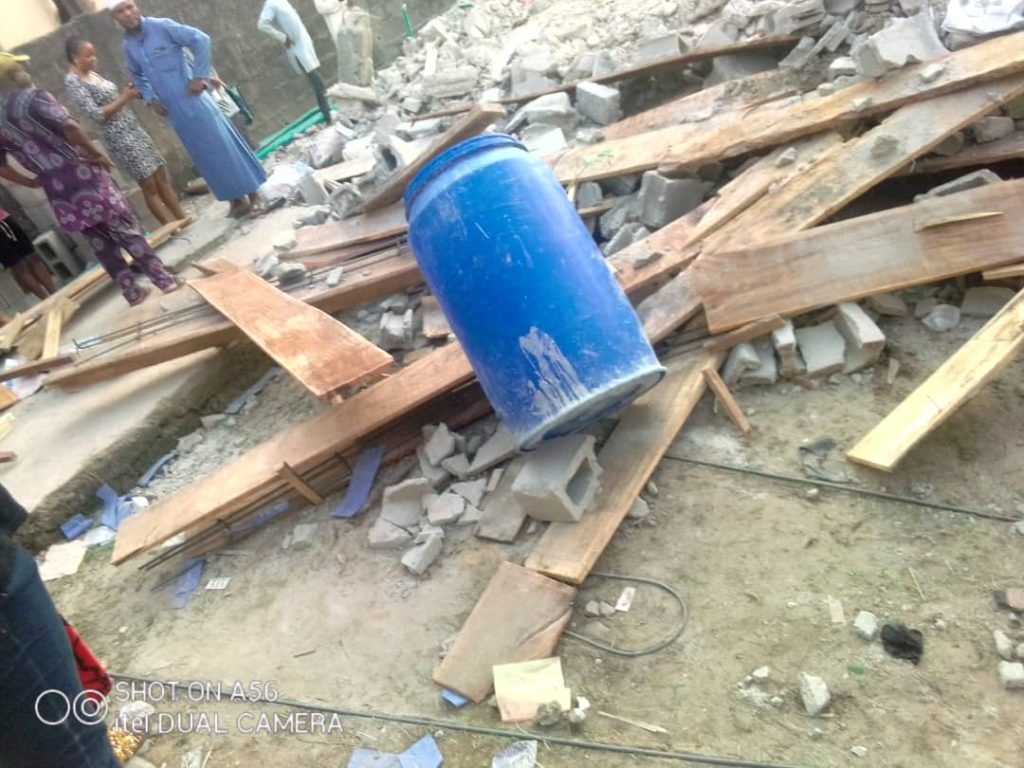 Yemisi Izuora
A 2 storey building under construction at Flour mill Estate collapsed at about 1300 hour this afternoon in Lagos.
According to National Emergency Management Agency, NEMA, five workers were rescued alive with various degree of injuries and taken to Catholics hospital at Magbon
Ibrahim Farinloye, Coordinator NEMA South West said four people died while  being taken to Badagry General Hospital by the Police
The families and relations of the affected victims have been identified by the relations of the victims.
The building is located behind a dwelling structure.
Rescue operations have been concluded now