41 students to get scholarship awards from Foundation 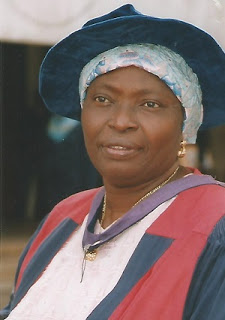 The Lateefah Durosinmi Foundation (LMDF) will on Wednesday, Nov. 24 award scholarships to 41 students in various educational institutions in the country.

A statement issued by the Acting Secretary of the foundation, Dr Mistura Sanni, on Sunday in Ile-Ife, Osun,  also disclosed that 28 women would be given grants to boost their small scale businesses.

Sanni said the event would hold at the Obafemi Awolowo University (OAU), Ile- Ife, adding that the beneficiaries would be selected from the six South-West states.

Sanni said with this year’s award, the foundation would have given out 201 scholarships and grants to 128 women.

She noted the foundation has continued to support previous beneficiaries in order to sustain them.

According to the statement, eminent Nigerians, including Prof. Olubola Babalola, OAU Deputy Vice Chancellor (Academic) will grace the occasion.